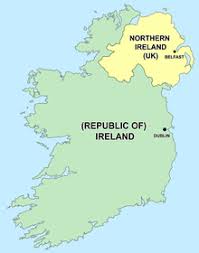 Support for Ireland remaining in the European Union has reached near-unanimous levels in the Republic, with a solution to the Brexit border problem looking further off than ever.

A full 92 per cent of the Irish population now support staying in the EU, according to a new survey by pollsters Red C, with just 7 per cent supporting a theoretical “Irexit” and 1 per cent saying they don’t know.

The findings are likely to disappoint Brexiteers, some of whom have suggested Ireland might follow Britain’s march towards the exit door – and that Irish departure could be a way of solving the border question currently plaguing Brexit talks.

On the contrary, findings appear to show the experience of the Brexit process has further strengthened pro-EU sentiment in Ireland.

Though the country has long been overwhelmingly pro-EU, as recently as 2013, when Ireland faced deep austerity cuts, only 81 per cent of the country supported remaining.

At the start of Brexit negotiations in 2017, the figure supporting remain was 88 per cent, according to a comparable poll by the same firm.

This year’s poll however shows that support is now over 90 per cent in most age groups, with only those aged between 45 and 64 just below average at 88 per cent.

Among those aged 18-24 a full 97 per cent support EU membership, the highest figure of any cohort, while Dubliners are 96 per cent in favour. The lowest regional support is in the Connaught/Ulster statistical region, at 89 per cent – still an overwhelming figure.

87 per cent of those polled believed Ireland had on balance benefited from EU membership, with just 10 per cent disagreeing. Unemployed people were less likely to agree, however, at 70 per cent.

Smaller majorities of people supported Ireland contributing more to the EU budget and joining in a future EU defence and security union.

Noelle O’Connell, executive director of European Movement Ireland, which commissioned the poll, said: “People are very clear that leaving the EU would not be in Ireland’s interests. However, there is understandable uncertainty about what changes Brexit will bring to Ireland, the border and the Ireland-UK trade relationship in the long term.

“Contrary to recent claims, at 92 per cent support for Ireland’s membership of the EU remains strong; in fact it is at an all-time high since we first undertook this poll in 2013.”

In August 2017 Nigel Farage urged Ireland to leave the EU. “Maybe the best thing for Ireland given that she’s stuck in the wrong currency, given that nearly all of her overseas business is denominated in dollars or sterling, maybe the Irish should leave the EU and then we could then work out our own terms between us,” he said.

Ireland has been at the centre of Brexit talks in recent months while negotiations take place on how to solve a hard border between Northern Ireland and the Republic. The EU says Theresa May’s decision to leave the customs union and single market will necessitate a hard border, which both sides say they want to avoid because of the Good Friday Agreement.