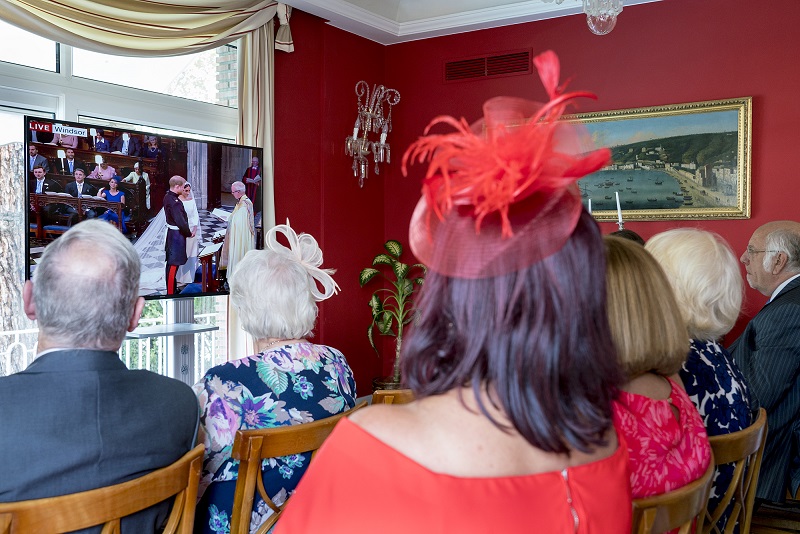 The British Embassy in Spain has joined in the celebration of the Royal wedding between Prince Harry and Ms. Meghan Markle by hosting a party in the residence of the British Ambassador to Spain Simon Manley.

Inspired by the Royal couple’s desire for the day to reflect their characters and values, and their invitation to those from around the UK linked to their charitable work, the British embassy has celebrated this wonderful occasion in Madrid together with British citizens and others who have made an outstanding contribution to their local communities from across Spain.

“This wonderful event today illustrates the enormous breadth and depth of the contributions made by British people working with our local partners in almost every corner of Spain. For example, we have community groups that work with the elderly and the unwell, the Royal British Legion, church groups, community groups, British schools representing the 55,000 children who study in British schools across Spain , and of course, our local partners, from Town Halls and our Honorary Consuls. It has been an honour to meet such a huge range of inspirational people today, and celebrate this Royal wedding together”, HMA Simon Manley said.

Following the presentation of diplomas the attendees were able to witness the Wedding service, screened live on various TVs through BBC coverage.