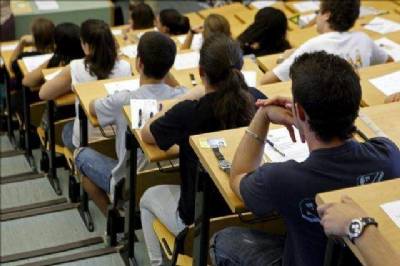 SIXTH-FORMERS can breathe a little easier this summer – once again, the minimum grade in their general university aptitude test to qualify for a student grant will be the pass mark of 50%.

Former education minister José Ignacio Wert changed the rules a few years back, so that even though 50% was a pass, students would not get a grant to cover their tuition fees if they achieved less than 55%, and would not receive scholarship funds to help towards living costs unless their grade was a minimum of 65%.

The extra pressure often meant this was a self-fulfilling prophecy: students were so worried about not making the heightened grades that their stress levels meant they did not perform at their best.

And with many who had passed not being eligible for living costs help or even tuition fee grants, and no student loan system existing like in the UK or the Scandinavian countries, hundreds if not thousands of teens were forced to give up their dream of going to university because their parents could not afford it.

Current education minister Íñigo Méndez de Vigo says a Royal Decree, or Bill of Law will be presented on June 5 stating that the minimum grade for a university grant is 50%.

But in order to continue with Wert’s intentions of rewarding students for top results, any Selectividad, or university entrance test, candidate who achieves 80% or more will receive a bonus of €200.

Additional grant systems will be set up for children considered victims of domestic violence – which includes not only those who have directly suffered violence at the hands of a parent or parent’s former partner, but those who have witnessed it or known it was happening in their home.

The so-called ‘Beatriz Galindo’ research grants will have an initial budget of €10 million, and Erasmus Plus overseas scholarship funds will reach €200m.

Around 66% of the ministry of education’s annual budget goes on grants for studying at various levels, including the now-famous Erasmus scholarship which allows undergraduates to spend a year of their university career studying in another European country and count the credits towards their degree.