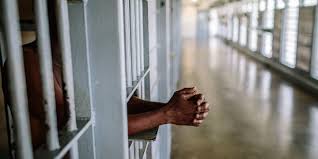 Prisoners freed on day release will be used to plug gaps in the workforce left by departing EU migrants as part of an overhaul of rehabilitation policies announced today.

Justice Secretary David Gauke said the inmates would fill vacancies in sectors such as construction, agriculture and catering as the labour market changes because of Brexit.

Other prisoners will be found placements in areas such as manufacturing and retail as ministers seek to transform training and education. Mr Gauke said the work experience would make it easier for offenders to “turn their backs on crime and start a new life” once they are released permanently.

He added that greater efforts would be made to persuade more employers to hire freed prisoners permanently and the Civil Service will increase its recruitment of former offenders.

A new organisation, the New Futures Network, will be set up to link prisoners due to be released with job opportunities outside.

Incentives, including a “National Insurance contributions holiday” will also be considered, and education in prisons will be improved.

Mr Gauke announced his new strategy on a visit to Isis prison in Greenwich today. He said that too few prisoners were finding work after release, with only 17 per cent in jobs a year later.

Entering employment would benefit inmates and be “good for society as a whole” by reducing the welfare burden and the number of future victims of crime.

He argued that the “mindset of many employers” would have to change because of the “dynamics of the labour market”, saying: “We have a thriving jobs market and demand for workers in some sectors is very high.

“Leaving the European Union is also likely to have an impact on the workforce in sectors such as catering, construction and agriculture. By forging closer relationships … employers will be able to fill short-term skills gaps whilst developing potential permanent employees for the longer term.”

Today’s strategy also states that jobs training for female inmates needs to abandon “stereotypes” and focus instead on “market intelligence” about opportunities available outside.

The Ministry of Justice has agreed to sell Holloway Prison to a luxury flats developer and a housing association in a deal estimated at £200 million. London Square and housing association A2Dominion plan to build more than 1,000 homes — with up to 50 per cent classed as “affordable”. The prison in Islington was the largest women’s jail in western Europe at the time of its closure in 2016. It opened in 1852 as a mixed jail before becoming the first female-only prison in Britain in the early 1900s.