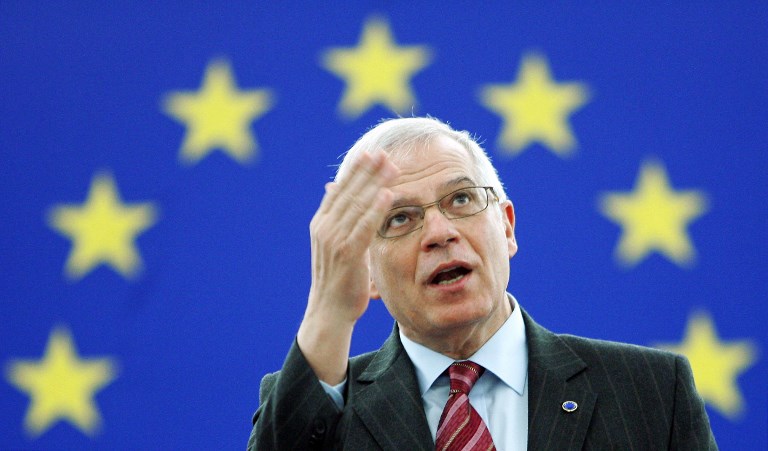 Borrell, a 71-year-old former leader of Spain’s Socialists, has accepted Sanchez’s invitation, making him the first confirmed member of his cabinet, the source added.

He will replace Alfonso Dastis, a career diplomat, who occupied the post under ousted conservative premier Mariano Rajoy.

Sanchez, a 46-year-old economist with no government experience, was sworn in on Saturday, a day after defeating Rajoy’s minority conservative government in a no-confidence vote in parliament sparked by fury over a corruption scandal.

Borrell, who is from  Catalonia and has been vocal in his opposition to the wealthy northeastern region’s separatist drive, served as deputy finance minister, and then public works minister, under former Socialist prime minister Felipe Gonzalez, who was in power between 1982 and 1996.

He was elected leader of the Socialists in 1998 but he was forced to resign the following year before a 2000 general election over a financial scandal involving two of his former co-workers when he as deputy finance minister.

He was president of the European parliament between 2004 and 2007.