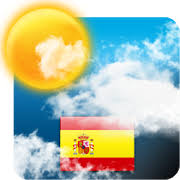 TEMPERATURES across Spain are significantly lower than usual for the time of year, with not one region having reached 25ºC today (Saturday, June 9), traditionally referred to in the country as ‘May 40th‘.

Parts of Castilla y León and Galicia have even seen temperatures below 15ºC, closer to a Mediterranean winter.

The Spanish version of the proverb ‘cast not a clout until May is out’ refers to not ditching the long sleeves until after May 40th, or June 9, although usually at least the southern half and both sets of islands are enjoying bright sunshine, warmth and even beach weather by this date.

Torrential rain continues to sweep the country intermittently, and the State meteorological agency, AEMET, has reported that the mercury is between 5ºC and 10ºC lower than it would normally be at the start of the second week in June.

This week, brief spells of warm weather lasting two or three hours in the middle of the day have been reported in the cities Zaragoza, which went up to 32ºC over lunchtime on Friday and Saturday, and Murcia, which rose to 30ºC for a short spell.

Other cities with fleeting late-spring weather so far have been Palma de Mallorca and two of Catalunya’s four capitals, Girona and Lleida, reaching highs of 29ºC.

As well as Galicia and Castilla y León, temperatures have been at least 10ºC lower than average for the second week in June in the land-locked western region of Extremadura, Castilla-La Mancha, Madrid, and western Andalucía.

Much of the northern half of the country remains affected by what AEMET calls a DANA – Depresión Aislada en Niveles Altos, or ‘Isolated Depression at High Altitudes’ – bringing high winds and downpours to the Basque Country, Aragón, Navarra and the north-west.

Even hail is likely in southern Aragón, in the province of Teruel and the south of that of Zaragoza.