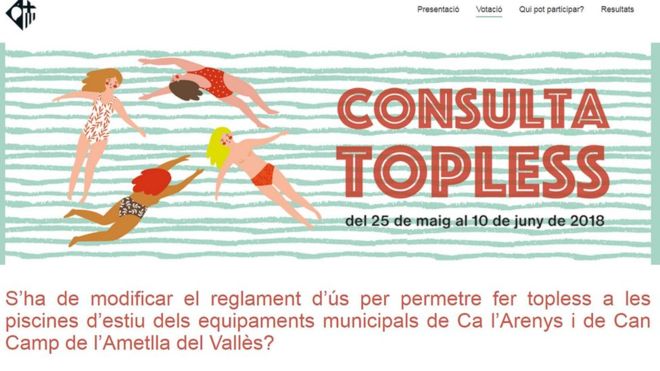 The women in a village near Barcelona have voted to go topless in public swimming pools, scrapping a local ban.

The vote in L’Ametlla del Vallès went 61% for topless bathing, 39% against.

The Catalan local authority organised the vote – whose result is legally binding – for women aged 16 and above, and 379 took part.

Women pressed for the vote after police turned up at one of the pools last summer and ordered two women to put on their bikini tops.

A lifeguard had reported them to the police.

The case prompted an original protest by villagers supporting the women: bathers – women and men – went to the pool wearing bikini tops on which they had drawn nipples.