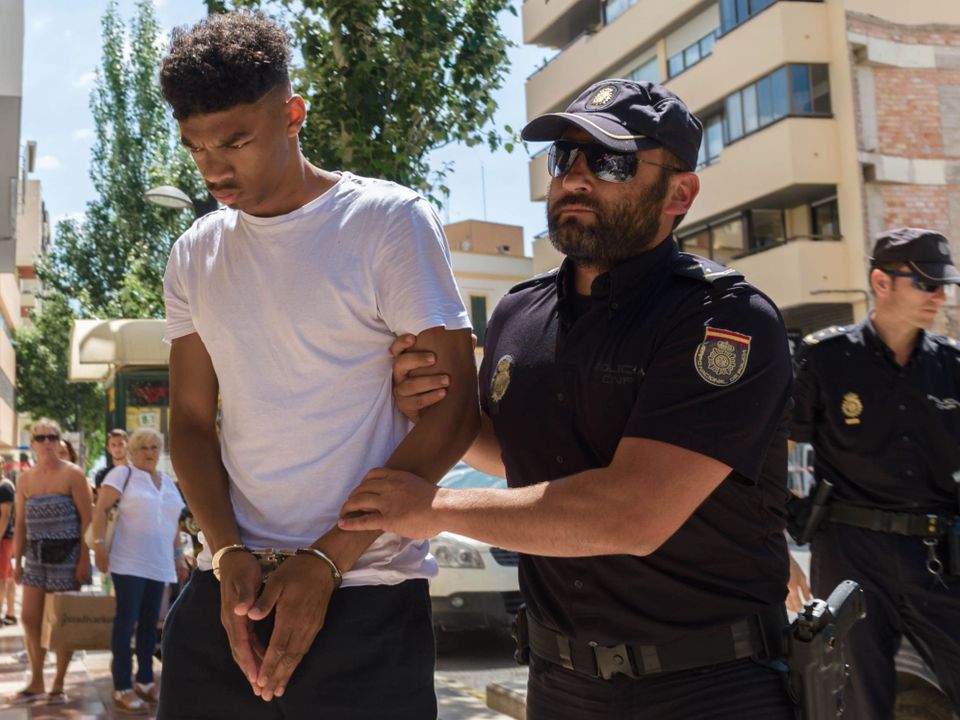 Reeco Hackett-Fairchild and Karlan Ahearne-Grant were led into a courthouse in Ibiza by police officers.

Two Charlton Athletic footballers have appeared in court over an alleged sex assault on a British tourist at a hotel in Ibiza.

Reeco Hackett-Fairchild and Karlan Ahearne-Grant were both pictured in handcuffs being led by the arm by officers to the courthouse on the Spanish island.

The League One players, both aged 20, were arrested on Tuesday after the parents of a 19-year-old holidaymaker took her to police to lodge a formal complaint.

A third man, not believed to be a footballer, has also been arrested in connection with the alleged incident, but did not appear in court with the pair in Ibiza.

The teenager was allegedly attacked at a hotel in Cala de Bou, near the resort of San Antonio.

Ahearne-Grant, who was born in Greenwich, south east London, is a forward who signed with Charlton as a 17-year-old in September 2014.

He has made more than 60 appearances for the club and has played for England at U17, U18 and U19 levels.

Hackett-Fairchild, a striker from Redbridge, made his professional debut with Charlton last August last year, and scored two goals in 12 appearances.