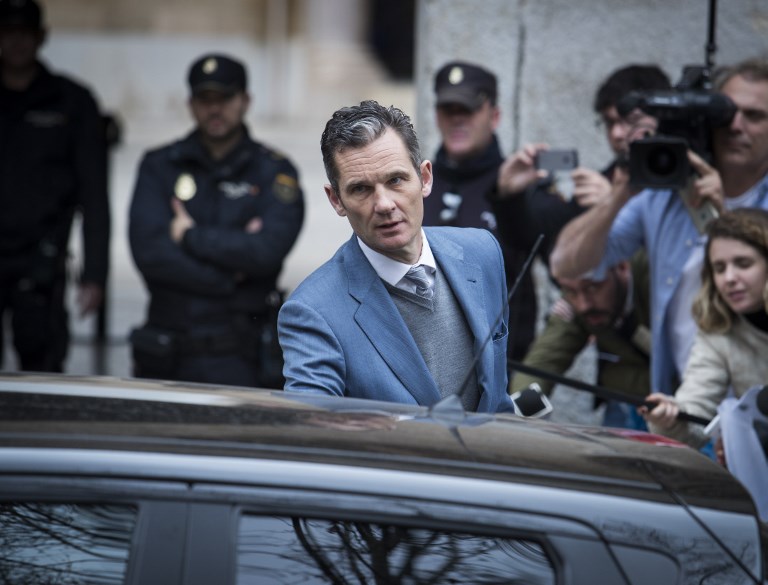 The Spanish king’s brother-in-law was jailed Monday after losing an appeal against a graft conviction, the prison authorities said.

Iñaki Urdangarin, the husband of King Felipe’s sister Cristina, entered the prison in Brieva, about 100 kilometres (60 miles) north of Madrid at 8am (0600 GMT), a spokesman said.

The former Olympic handball player was sentenced to five years and 10 months of prison for embezzling millions of euros in a case which caused uproar in Spain and tainted the royal family’s image.

His jail term began as King Felipe VI was to begin an official visit to the United States where he will meet US President Donald Trump on Tuesday.

Urdangarin had been given until midnight to turn up at the prison, a small facility capable of housing up to 162 inmates, which is mainly used for women.

The 50-year-old had been found guilty last year of embezzling millions of euros between 2004 and 2006 from a non-profit foundation he headed on the island of Majorca.

Urdangarin’s incarceration came six days after the Supreme Court rejected his appeal, drawing a line under a graft scandal which first emerged in 2010 during Spain’s financial crisis, with Urdangarin seen as a symbol of the elite’s perceived corruption.