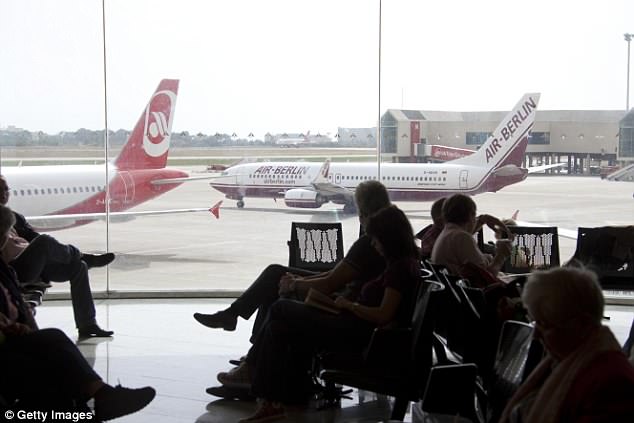 Holidaymakers at Spanish airports could be set to face chaos later this week after air traffic controllers in the country have threatened to strike.

Staff at airports including Palma de Mallorca, Ibiza and Menorca as well as El Prat Airport in Barcelona have reportedly threatened to walk out unless their demands for a change in working hours were met.

It is believed the workers are wanting more time off to spend with their families as well as a more consistent working pattern as they claim their current rota is leading them to becoming fatigued.

It is also understood that the new Spanish government and ENAIRE, the Spanish air traffic control provider, are a long way off coming to an agreement on the issue.

And now it is feared that if the strike goes ahead later this week, holidaymakers could be left facing long delays or even flight cancellations.

Raul Tobaruela, a representative from an assembly representing workers, told The Sun: ‘Our conditions are far from being normal.

‘I can assure you that our working situation is the worst in the entire of Europe.

‘We would not anticipate too many flights being cancelled but there could be huge delays because there will be staff shortages.’

News of the potential strike comes just days after Ryanair warned it could be a summer of travel ‘meltdown’ due to strikes by air traffic controllers.

The Irish carrier revealed that it had to cancel 1,000 flights in May alone due to walkouts by air traffic control staff as well as shortages across Europe.

The low-cost airline accuses air traffic control across the continent of using ‘adverse weather conditions’ as a way of dealing with staff shortages.

And now the carrier, which is one of the largest in Europe, is calling for urgent action by the EU Commission and European Governments to step in and put an end to the disruption.

‘These disruptions are unacceptable, and we call on the UK and German Governments, and the EU Commission to take urgent and decisive action to ensure that ATC providers are fully staffed and that overflights are not affected when national strikes take place, as they repeatedly do in France.’

And Mr O’Leary added that if the air traffic control situation is not brought under control soon, it will lead to travel chaos.