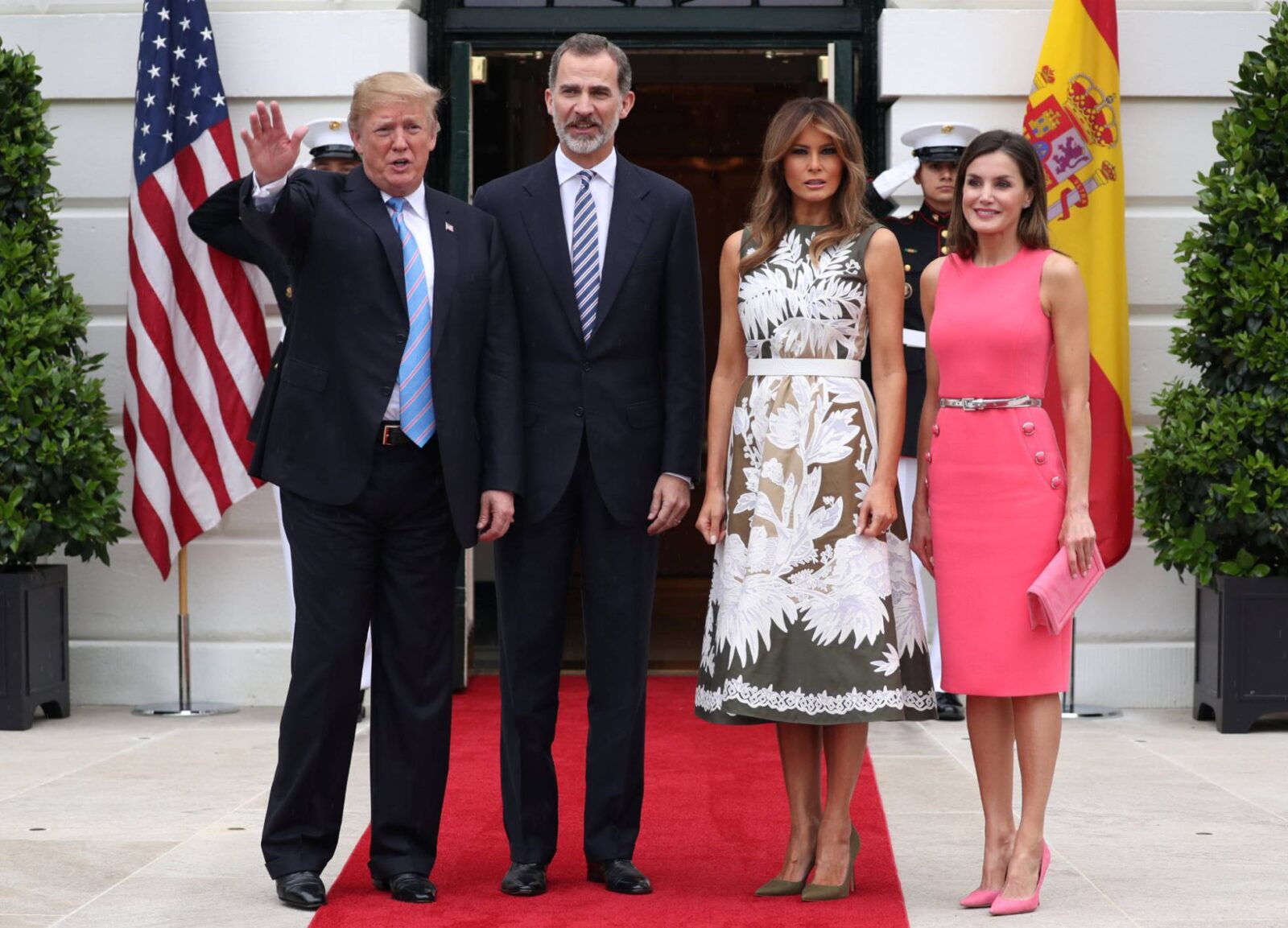 King Felipe VI and Queen Letizia have been on a five-day tour in America that has taken them to Louisiana and Texas.

At a Tuesday meeting in the White House with King Felipe VI, US President Donald Trump said that he would like to visit Spain in the near future.

Felipe VI and his wife Queen Letizia were on an official five-day visit to the US that ended on Tuesday in Washington DC. Before that, the Spanish monarchs visited New Orleans, Louisiana and San Antonio, Texas which are both celebrating the 300th anniversary of their foundation.

At the close of the meeting, Trump answered one of the questions aimed at him by reporters: “Are you planning to go to Spain?” “Yes. I will go to Spain,” he replied. “It’s a beautiful country. We were in Spain not too long ago and we loved it,” he added, in reference to a June 2014 trip he and his wife Melania made to Barcelona.

For the Spanish government, Trump would make an uncomfortable guest given that he opposes the values represented by Europe, and whose popularity levels in Spain are very low. But Spain’s previous prime minister, Mariano Rajoy, issued an invitation during his own trip to Washington DC in September of last year, and it would be viewed as diplomatically unfriendly to cancel such a visit altogether.

So far, Trump’s visits to Europe have been to France, Belgium, Italy, the Vatican and Poland. A trip to Britain is currently on the agenda.

On Tuesday, the US president underscored the “excellent” relations between both countries, especially in trade and military affairs (the balance is favorable to the US), while Felipe VI talked about both countries’ “common history” and “shared legacy,” especially visible in Louisiana and Texas, which the Spanish monarchs just visited as part of their US tour.

“There are many issues of common interest, we share efforts in many areas, but there is one basic issue, which is the value we place on democracy,” he added.

Sources at the Spanish government said they did not expect Trump to make any calls for the unity of Spain, something that he did when former PM Rajoy visited Washington DC in September.

“Catalonia is not on the agenda,” said diplomatic sources. “There is no need to repeat what’s already been said.”

But the Spanish government is aware of the need for outreach work to counter the effects of the separatist rhetoric that has influenced public opinion in several countries. “Separatists are highly mobilized, they have a lot of resources and a lot of people involved,” said government sources.

Felipe VI, who celebrated four years on the Spanish throne this past Tuesday, also brought a message from the new Spanish government of Socialist Party Prime Minister Pedro Sánchez, according to diplomatic sources: Europe is concerned about trade measures that could push the world into a spiral of action and reaction.

While Felipe VI was not planning to discuss details about a new tariff of up to 37.4% on Spanish black olives, he did want to talk about the virtues of “regulated free trade” as opposed to US protectionism, said the same sources. The tariff is a heavy blow to the Spanish olive industry, which sold products in the US worth over $60 million in 2016. In the first quarter of this year, exports plunged over 40%.

US Secretary of State Mike Pompeo and Spanish Foreign Affairs Minister Josep Borrell were present at the meeting. Meanwhile, the two first ladies had tea, and Melania Trump later tweeted that her conversation with Queen Letizia focused on the “ways we can positively impact children.”

The Pedro Sánchez and the Donald Trump administrations are also at odds over immigration policy. Spain recently welcomed 630 migrants aboard a rescue ship that had been turned away by Italy and Malta, while the US government has recently come under fire for a new policy of separating migrant children from their parents at the border.