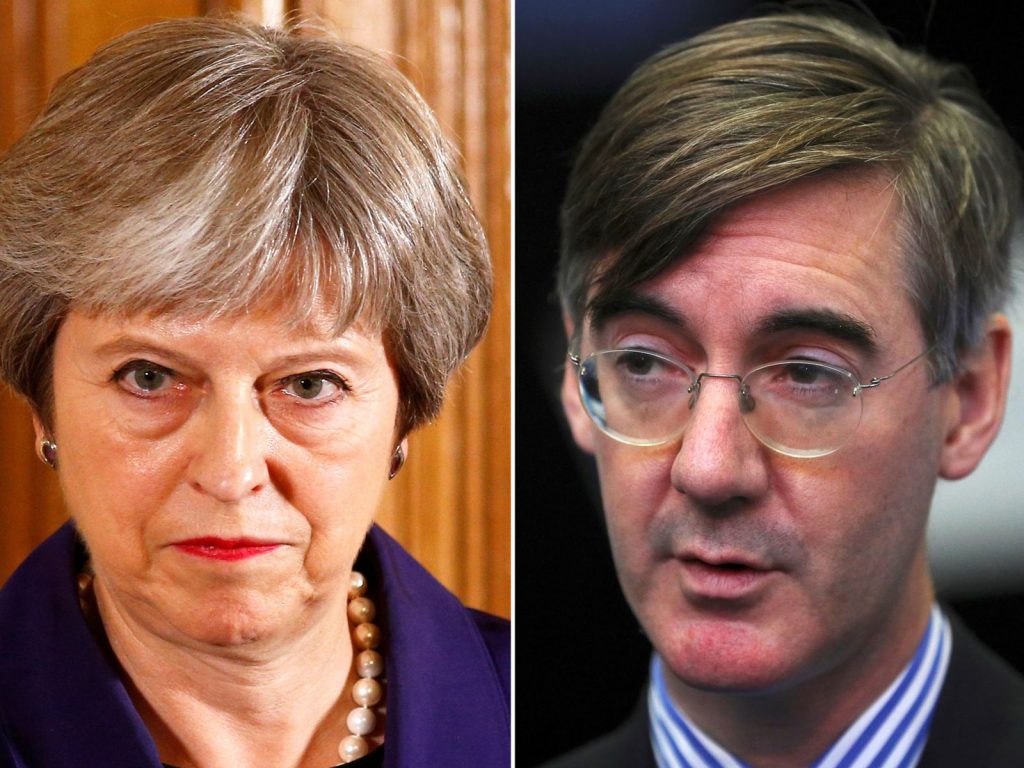 The leading Leave supporter brands reports his supporters are organising ahead of a leadership bid as “a completely bogus story”.

Top Brexiteer Jacob Rees-Mogg has denied suggestions he is readying a Conservative leadership bid, after an ex-minister claimed there was “no doubt” a coup against Theresa May is being planned.

Mr Rees-Mogg branded recent reports that a £750,000 war chest has been raised and PR firms contacted to help him win the Tory leadership as “fake news” and a “completely bogus story”.

However, the North East Somerset MP did repeat his warning to the prime minister that he will not be able to support her Brexit plan if she breaches a commitment to leave the EU’s single market and customs union.

Mr Rees-Mogg has been the target of fierce anger by some of his Conservative colleagues, including government ministers, this week after he demanded Mrs May “stand firm for what she herself has promised”.

He raised the prospect of Mrs May being forced out of 10 Downing Street if she does not deliver on her Brexit commitments.

It comes ahead of a crunch gathering of the cabinet at the prime minister’s country retreat Chequers on Friday, when ministers will attempt to thrash out detailed plans for the future UK-EU relationship.

But, speaking to Channel 4 News, Mr Rees-Mogg rejected the suggestion his supporters were organising ahead of a possible Conservative leadership election.

He said: “As far as I am aware that’s a completely bogus story.

“It is what Mr Trump might call fake news. I’ve never heard of this war chest.

“I’ve never heard of these PR companies. And I don’t know where the story has come from.”

Yet, the leading Leave supporter, who chairs the European Research Group of eurosceptic Tory MPs, did raise the prospect of cabinet ministers rejecting any proposals on post-Brexit customs arrangements that included elements of a “customs partnership” with the EU.

It emerged this week that Downing Street has now produced a third model for handling customs after the UK leaves the EU, with ministers at loggerheads over the two previous models they were considering.

Mr Rees-Mogg suggested any proposals that might see the UK collect tariffs on the EU’s behalf on goods entering Britain “clearly don’t stick to manifesto commitments”.