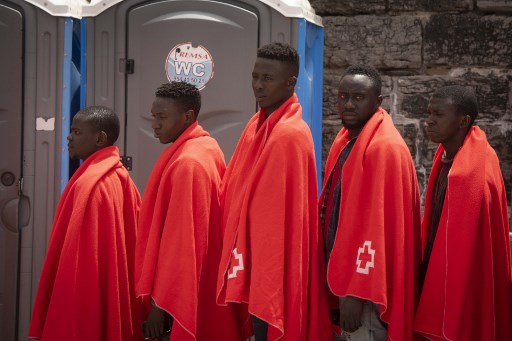 The head of the EU’s border agency warned Sunday the western Mediterranean route from Morocco to Spain might develop into the next key pathway for migrants seeking to reach Europe.

“If you ask me what is my current biggest worry, I would say Spain,” Frontex chief Fabrice Leggeri told Welt am Sonntag newspaper.

Data released by the International Organisation for Migration showed that migrants arriving in Spain numbered 6,513 for first six months of 2017.

In comparison, Leggeri said 6,000 irregular arrivals in Spain were recorded in June this year alone.

“If the numbers keep rising like they are now, then this route will become the most significant,” said Leggeri.

Italy and Greece have until now recorded the biggest numbers of migrants crossing the Mediterranean to reach the European Union.

But with the route through Libya shutting down as the Libyan coast guard increases patrols, people smugglers are setting their sights westward.

Around half of the migrants are Moroccans, while others came from west African countries, said Leggeri.

The deal includes the creation of secure centres for migrants in the bloc, “disembarkation platforms” outside the EU and sharing out refugees among member states.

The accord came after Italy’s new populist government pushed the issue to the forefront of the EU agenda by refusing to open the country’s ports to migrant rescue ships.