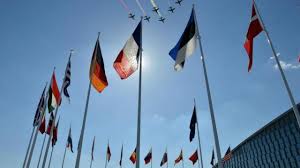 Spain aims to raise defense spending to 2 percent of gross domestic product by 2024, in line with its NATO-agreed goal, Prime Minister Pedro Sanchez said during a news conference in Brussels at a NATO summit.

U.S. President Donald Trump has called on NATO member states to reach the target sooner. Aside from the United States, which spends about 3.5 percent of GDP on defense, only Britain, Poland, Greece and Estonia currently meet the target.

Sanchez also said he respected judicial decisions on the former Catalan leader Carles Puigdemont, whether issued from Germany, Belgium or Spain, after a German court said it would extradite him on the charge of misusing public funds.

However, Sanchez said it was important that Puigdemont was tried in Spanish courts for his actions during Catalonia’s unilateral declaration of independence in October.