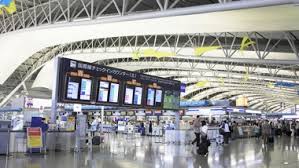 Spain’s main workers unions said on Friday they have called a strike of more than 60,000 baggage-handling and airport staff across all Spanish airports for the beginning of August after more than two years of failed negotiations.

The CCOO has asked the Spanish labour mediation agency SIMA to intervene in talks to avoid a strike, it said.