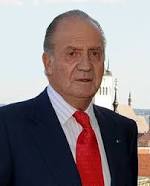 Spain’s former king Juan Carlos is once again in the spotlight after his former mistress claimed he was involved in money laundering, sparking calls for an investigation.

The scandal broke after two Spanish websites published recordings attributed to Corinna zu Sayn-Wittgenstein in which she alleges Juan Carlos tried to hide money transfers and used her name to buy property in Monaco and Morocco.

The German aristocrat, who is based in Monte Carlo, also said he told her he had moved money into the account of a cousin, Alvaro d’Orleans Bourbon, in Switzerland.

In the recordings, which were released online last week, she claims he also pocketed money from a high-speed train contract with Saudi Arabia, saying he wanted money to divorce his wife Sofia and marry her.

Several royal experts contacted by AFP said the voice in the recording was indeed that of Sayn-Wittgenstein.

She has not denied that the voice in the recording is hers, instead issuing a statement denouncing a smear campaign.

Royal expert Pilar Urbano, who has written several books about the royal family, said the content was “so obscure, so vague that it begged for more light” to be shed, lending “credibility” to the claims.

For journalist Ana Romero, another royal expert, these accusations were “another problem” for Juan Carlos’s successor King Felipe, to resolve.

Spain’s far-left Podemos party has demanded a probe into the activities of Juan Carlos, who is now 80.

Juan Carlos abdicated in 2014, two years after he outraged Spaniards by going elephant hunting in Botswana with Sayn-Wittgenstein at the height of the country’s recession.

The monarchy’s reputation was further tarnished when his youngest daughter Cristina was accused in a corruption probe targeting her husband.

The Socialist government has appealed for “calm” and said it first wanted to “hear” from secret service chief Felix Sanz Roldan.

Sayn-Wittgenstein has referred to threats made by Sanz Roldan.

In a further embarrassment, the woman in the recordings is speaking with retired police chief Jose Manuel Villarejo, who is currently under investigation for money laundering.

The conversation is mostly in Spanish with snatches of English.

“This bit is strange. Corinna does not have this level of Spanish but she can read,” said Romero, who has met her several times.