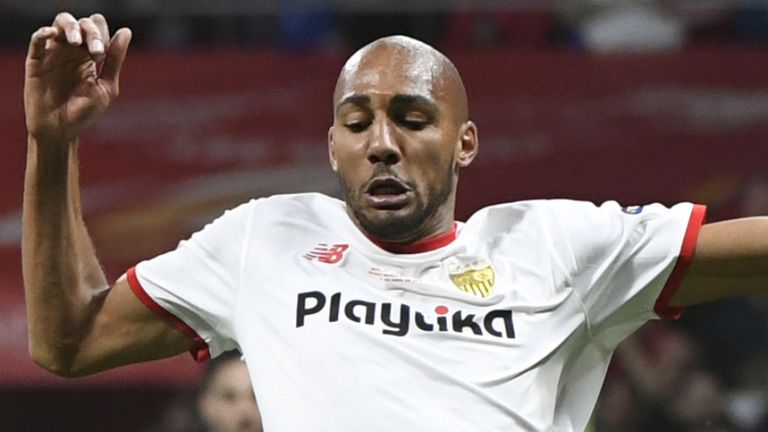 Sevilla will not sell midfielder Steven N’Zonzi unless his £35m release clause is activated, according to their director of football Joaquin Caparros.

Sky sources understand Arsenal have held initial talks with Sevilla over a deal for the France World Cup winner, but it is likely the Gunners would need to sell before financing the move.

N’Zonzi previously played for Blackburn Rovers and Stoke in the Premier League.

“We have texted each other during the World Cup and I have congratulated him on his achievements with France, of course.

“We have not received any offers for him and I will say the same to any clubs who may be interested as what we said with Lenglet – he has a buyout clause, and it’s £35m.”

The 29-year-old played five times for France during the World Cup, four of them after coming off the bench, including Sunday’s 4-2 final victory over Croatia in Moscow.