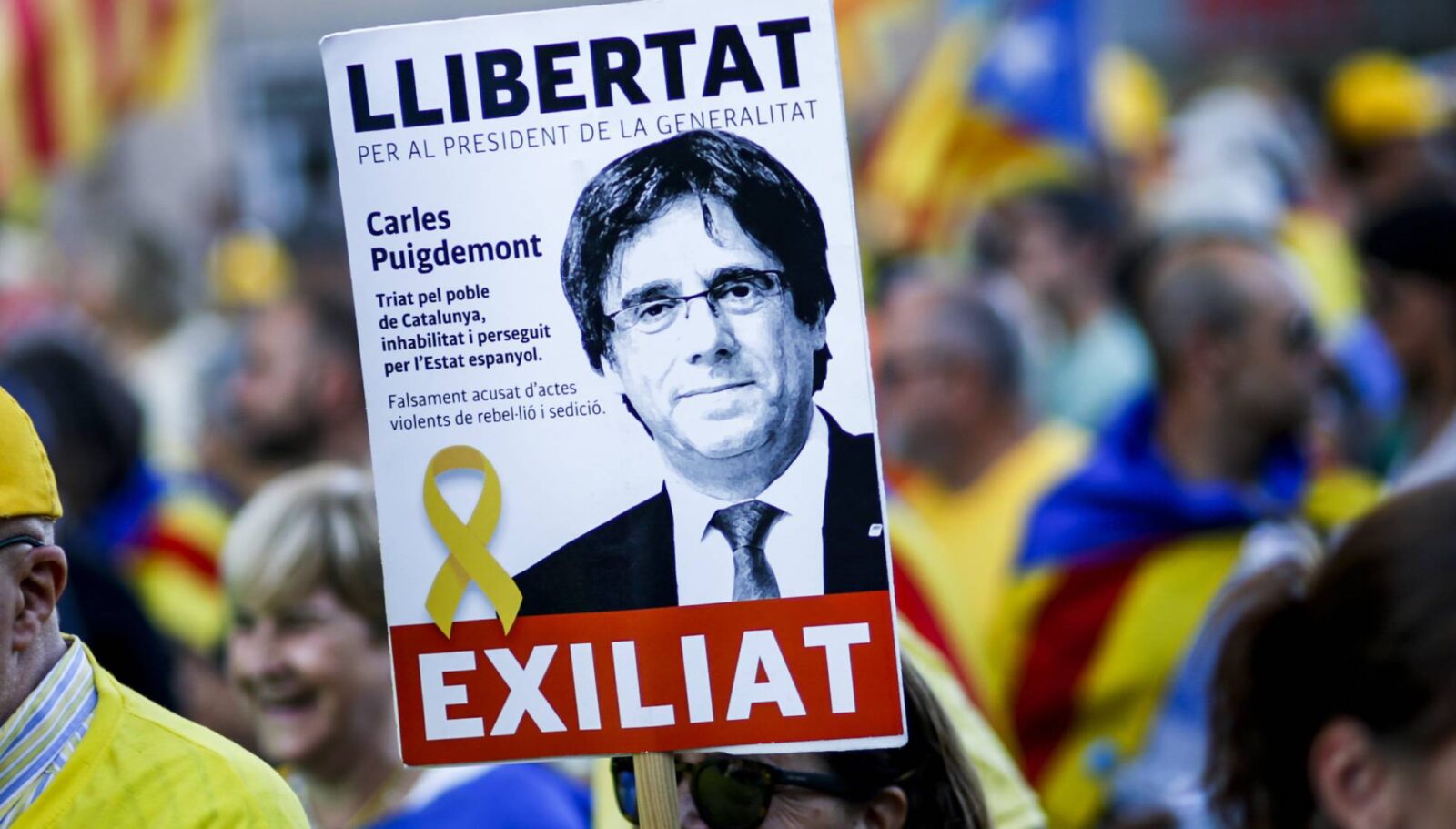 Magistrate takes decision after Germany refuses to extradite Carles Puigdemont on charge of rebellion. The politician will still be arrested if he sets foot on Spanish soil

The Supreme Court judge in charge of investigating the politicians involved in last year’s unilateral declaration of independence in Catalonia has rejected the extradition from Germany of former regional premier, Carles Puigdemont, solely on charges of misuse of funds, rather than on the more serious charge of rebellion.

He has also withdrawn the European arrest warrant issued against Puigdemont and five other politicians who fled Spain to avoid detention for their role in last year’s secessionist drive.

Puigdemont originally fled to Belgium to avoid arrest in Spain in the wake of the illegal independence referendum held on October 1, and subsequent independence declaration passed in the regional parliament.

But this year he was arrested when he entered Germany on the basis of a European arrest warrant issued by the Spanish courts. Since then, Supreme Court Judge Pablo Llarena has been trying to have him extradited to face charges of rebellion and misuse of public funds. The court in Schleswig-Holstein in charge of the extradition request, however, said there was no sufficient evidence to hand over the politician for rebellion – an offense whose equivalent in Germany would be high treason. The judges were, however, willing to send him back to Spain to face trial for the lesser charge of misuse of funds.

In a decision made public today, Llarena says that he believes the German court has undermined his powers as an investigating judge, but ruled out the possibility of taking the case to the European Court of Justice to determine whether German judges overstepped their powers

In the wake of the German court’s decision, Llarena has also decided to withdraw the European and international arrest warrants against Puigdemont, as well as five other Catalan politicians who left the country last year: Antonio Comin, Luis Puig, Meritxell Serret, Clara Ponsatí and Marta Rovira.

Domestic arrest warrants are still in place, however, meaning that all six face arrest should they set foot in Spain.

The charge of rebellion against Puigdemont entails up to 30 years in jail, and the accusation is the entire basis of the case against the pro-independence leaders involved in last year’s unilateral declaration of independence. The decision by the German court effectively means that Puigdemont cannot be tried in Spain for this crime. The Catalan leaders who did not leave Spain, however – such as former deputy premier Oriol Junqueras, currently being held in pre-trial custody – could.

In his written decision, Llarena states that the German court should have limited itself to verifying whether the facts of the case as described in the indictment sheet sent from Spain constitute offenses in Germany, and whether they would justify an investigation by the courts such as the one the Spanish Supreme Court judge has already opened.

What’s more, the judge considers that the German court approached the case “having reached a conclusion as to how the facts played out, and of the intentions that may have guided the participants.” By doing so, he added, “they have anticipated the trial,” doing so from a “misguided position.”

The Schleswig-Holstein court, Llarena adds, awards Puigdemont’s version of events the value of proven facts, even though the German judges did not have access to other evidence collected in Spain as part of the investigation.

The Spanish judge’s decision in effect condemns Puigdemont to remain outside Spain, since he will be arrested as soon as he sets foot in the country. This situation could now play out for the next 20 years, which is the time it would take for the charges of rebellion to prescribe. But this option also means that the former premier will not face trial, something that could aggravate the situation of the other pro-independence leaders who did not flee Spain and who are currently in pre-trial detention.

Ever since the reluctance of the German judges to extradite Puigdemont on rebellion charges became known, the Spanish courts have been considering taking the issue to the European Court of Justice. However, Llarena has ruled out that option on the basis that Germany should have done so. “In that event, a uniform interpretation of the law would have been obtained, guaranteeing that it would be applied uniformly throughout the EU,” the judge writes.