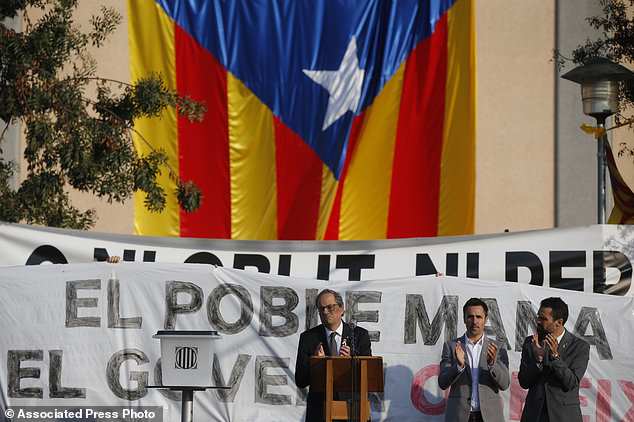 Torra says he could deny Sanchez the votes he needs to approve the national budget unless the government proposes by next month an independence referendum in Catalonia.

Torra, a leading secessionist, said in a speech Tuesday that Catalan separatist parties “won’t help ensure any stability” in Spain’s parliament if their demand for a vote on self-determination is not met.

That ultimatum was aimed directly at Sanchez’s growing predicament over the center-left Socialist government’s spending plans for 2019.

The minority government holds just 84 of the 350 seats in the country’s lower house. That means it is relying on the expected support of other parties, including those supporting Catalan secession, to pass its state budget.