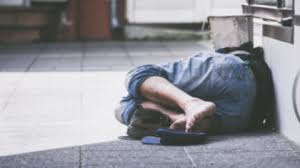 Regional authorities in Madrid are asking homeless people to declare their income from begging, busking and scrap metal collection in order to be eligible for public aid.

Individuals applying for guaranteed minimum income benefits, known as Renta Mínima de Inserción (RMI), are being told to present a sworn statement listing their street earnings, as though it were income from a regular job. Afraid of being left out of the public assistance program, which includes a monthly check of up to €400, homeless applicants typically declare a random amount, a percentage of which later gets deducted from their check.

In a document dated August 20, the Madrid General Directorate of Social Services gives a panhandler 10 days to disclose his monthly revenue. Support groups say this is a way to tax society’s neediest people, to prolong the paperwork before the aid is extended, and to rule out applicants.

A spokeswoman for the Madrid Department of Social Policy said that authorities are required by law to inquire about earnings, in line with the decree governing RMI benefits. The regional government said that this question has been asked of applicants “since forever.”

“For instance, for a scrap collector who declares earnings of €100 a month, we calculate his RMI based on our charts. If, the following month, the same individual declares that he is no longer making that money, his RMI gets recalculated based on his new economic and family situation,” said the spokeswoman.

Organizations that work with the homeless claim this is an abusive interpretation of the law, which says that if an applicant has income that cannot be objectively assessed, the latter will make a sworn statement regarding his or her income in the previous month. The statement must include the number of hours and days spent on these activities.

Luis Sáenz, of the support group RMI Tu Derecho, says that authorities are asking applicants with no income or savings how they have managed to make a living so far. “The insinuation is that if they are not declaring income of any kind, it’s because they are concealing it,” he says. Afraid of losing eligibility, candidates often make up that they beg, busk or collect scrap in order to satisfy the caseworker, says Sáenz.

“That is when the rules get twisted,” he adds. “That income statement became a requirement with other activities in mind, chiefly earnings from the underground economy that were not being taxed or subjected to social security contributions. But now they are including survival activities that hardly qualify as economic occupation.”

Ignacio, 49, has first-hand experience dealing with this wall of bureaucracy. He has been living in the streets since 2010; in the summer he sleeps around the Santiago Bernabéu stadium and in the winter he stays at a shelter. For a while he worked as a caregiver for elderly people, but he stopped getting calls and has not held a job for a long time.

The first time he applied for RMI he told the social worker that he collected scrap metal and made between two and three euros a day. Saying that was an endless source of problems with the paperwork, so Ignacio (not his real name) gave up. When he filed a new application some time later, he knew what to say: “No scrap metal, no nothing. Just poor, period. I want the €400 to rent a room, pay for public transportation and live like a normal, regular person.”

Ángel Hernández, coordinator of the Madrid Network to Fight Poverty, says that the regional government is making a restrictive interpretation of the law. “We are of the opinion that the rules are being used to inspect the lives of the poor, instead of helping them improve their situation,” he said. “We find ourselves with absurd situations such as asking them how much they make from begging. It’s shameful.”