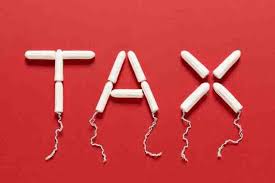 Spain’s minister of finance has announced that the VAT on feminine hygiene products will be slashed from 10 percent to 4 percent.

The measure, which will be included in the next budget, has been introduced to reflect the fact that sanitary items should be considered “essentials” rather than luxury products said María Jesús Montero, the finance minister.

The tax cut followed a pledge made by Montero when she became a minister in the female-dominated cabinet appointed by Socialist Prime Minister Pedro Sanchez.

“Women should not have to face additional taxes for the simple fact of being women,” Montero said in June.

The tax reduction has long been campaigned for by women’s collectives, who also fight against what they call a “pink rate” – the fact that products used by both men and women, such as razors, are pricier when targeted at women.