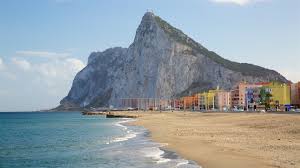 The government of Gibraltar has admitted that London and Brussels are putting the final touches to a specific protocol for the British Overseas Territory in the UK/EU Withdrawal Agreement, and that there will be “a set of practical measures spelled out in separate arrangements with Spain covering tax cooperation, police and customs cooperation, the environment, citizens’ rights and tobacco.”

Talks have intensified ahead of a European Council meeting on Wednesday to review the state of negotiations with the UK over “Brexit,” the process by which the country will leave the 28-member bloc.

Gibraltar’s Chief Minister Fabian Picardo has been very cautious about his statements regarding the British Overseas Territory’s future relationship with the EU once the UK leaves. When EL PAÍS reported on September 17 that Spain wanted Gibraltar’s status to be encoded in a separate protocol, and that its contents were being negotiated between Madrid and London, the Gibraltarian government stated that there was no bilateral dialogue between the UK and Spain. Instead, it only admitted to “discreet contacts” between Madrid, London and Gibraltar, without offering any details.

But as negotiations over Brexit enter the final stretch, Gibraltar has now admitted that there will be “a specific protocol” in the Withdrawal Agreement, mirroring similar protocols for Northern Ireland and the British sovereign base areas in Cyprus.

In a press release following an extraordinary session of the Cabinet on Saturday, the Gibraltar government noted that the UK remains responsible for entering into international agreements on behalf of Gibraltar, but added that the Picardo administration “has made it clear that the practical implementation of the benefits and obligations of such agreements can only rest with the Gibraltar Government.”

“There will be a set of practical measures spelled out in separate arrangements with Spain covering tax cooperation, police and customs cooperation, the environment, citizens’ rights and tobacco. These will be time limited, where necessary, to the end of the transition period, which is December 2020,” the government says in its statement.

Spain’s Foreign Minister Josep Borrell has already specified that sovereignty over the disputed territory is not part of the negotiations. Gibraltar, which is located in the south of the Iberian Peninsula, was ceded to Great Britain in 1713 under the Treaty of Utrecht.

Borrell, of the Spanish Socialist Party (PSOE), has also expressed a desire to see an agreement on Gibraltar as a first step, rather than a hurdle, on the road to reaching a wider UK-EU deal on Brexit. Gibraltar has already warned that “no deal is better than a bad deal” and that “the government continues to prepare for all eventualities, including the possibility of a no-deal Brexit.”

In order to facilitate an agreement on Gibraltar, Madrid has parked its claims for joint operation of the airport, which was built on land that that Spain does not consider to be part of the British Overseas Territory.

Smuggling. Gibraltar is the biggest entry point for illegal tobacco products into Spain. Last year authorities seized more than 600,000 cartons of cigarettes, a 158% rise from 2016, official data shows. Madrid wants the price of tobacco, which is much lower in Gibraltar, to be raised to make illegal trafficking less attractive.

Taxes. There are 55,000 registered businesses in a territory of just over 30,000 residents. Madrid wants stricter tax-residence criteria to prevent businesses that operate in Spain from registering in Gibraltar for tax-avoidance purposes.

Workers. Madrid wants more stable conditions for the 10,000 to 12,000 workers who cross from Campo de Gibraltar to “The Rock” each day.