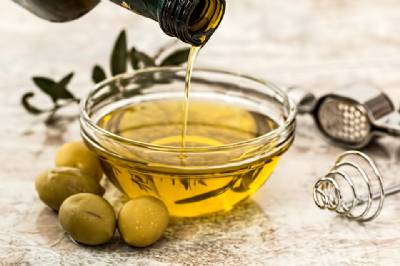 As well as being the largest producer of olive oil on earth, even beating Italy, Spain is also well-known globally for the exceptional quality and flavour of its most popular salad dressing; and one in particular has earnt 20 awards this year alone.

Palacio de los Olivos – which literally translates as ‘olive tree palace’ – is an extra-virgin variety produced on the Los Palacios farm near the town of Campo de Calatrava, in the province of Ciudad Real which is, geographically, at the dead centre of the Spanish mainland.

A total of 70% of the oil which comes from the 210 hectares (519 acres) of olive groves at Los Palacios is exported, mainly to east and south-east Asian countries, thanks to its international reputation.

Olives used for making the Palacio de los Olivos extra-virgin are harvested early in the season – at the beginning of November – and are cold-pressed entirely using mechanical means.

Experts describe it as having a very low acidity level and a flavour only found in oil made from olives which grow in volcanic soil – very fruity with bitter and spicy notes and a fragrant aroma of freshly-cut green grass, a tomato-like scent and, even, for specialist oil-tasters with a very fine palate, notes of kiwi, almond and banana come through.

But as the one hailed the best on the planet, it is likely to carry a price tag to match – although literally hundreds of good brands of olive oil are on the market in Spain, at delicatessens and even select supermarkets.

With Spain’s olive oils being recognised as some of the best on earth, it is not hard to find one with an exquisite taste within any budget.