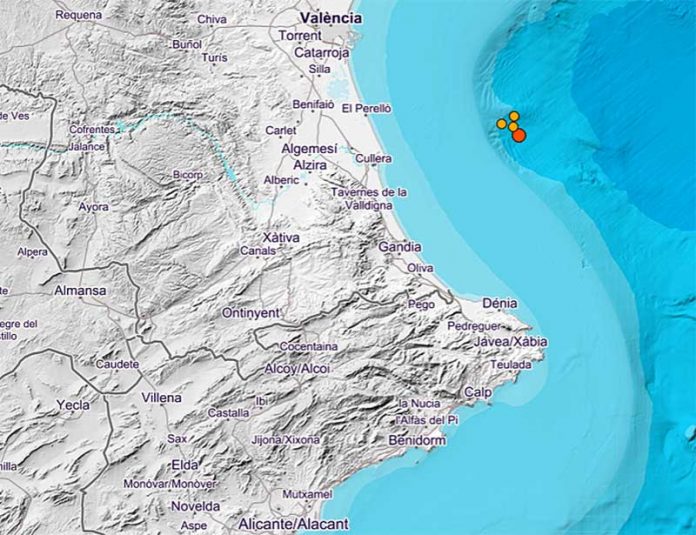 A magnitude 3.8 earthquake has been recorded on the Costa Blanca yesterday morning (Wednesday) according to Spain’s National Geographic Institute.

The quake was recorded at 4.51am with its epicentre in the Gulf of Valencia, off the coast of Gandia, at a depth of 11km according to the official organisation.

There were also the smaller earthquakes of between 2.5 and 2.9 on the Richter scale two days ago.

But most holidaymakers and residents would have been unlikely to feel the effects of the quake and there are no reports of damage to property or personal injuries.

However, if you did feel the quake the IGN has asked you to fill in an online questionnaire: https://t.co/Aw8GBlw8oz