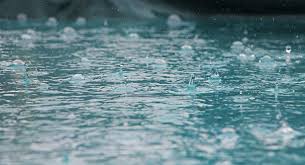 After the weekend’s record-breaking rainfall across the country – especially the east and south coast – winter is due to set in by the end of this week thanks to a mass of polar air sweeping Spain.

Temperatures are set to plummet, and mountains in the north will see snow falling, according to the State meteorological agency, AEMET.

Flash floods in the province of Málaga caused a fireman’s death, and here and in the east-coast province of Castellón, tens of thousands of properties had to be bailed out and numerous drivers rescued from their cars.

Over half a million children and teenagers in the province of Castellón were off school on Thursday and Friday.

Vinaròs (Castellón province) broke all records on Friday evening when 159.2 litres of rain per square metre (15.92 centimetres, or six-and-a-quarter inches) fell in the space of just one hour between 18.00 and 19.00.

Until now, the rainfall record has not been broken since March 2002, when Santa Cruz de Tenerife was hit by 129.9 litres of rain per square metre (nearly 13 centimetres, or just over five inches) in an hour.

Thursday was the wettest October day since 1992 in Calamocha (Teruel province, Aragón) and since 1986 in Teruel city.

The rain has moved on to the Canary Islands today (Monday) and dry, sunny conditions are back elsewhere in the country, although weathermen have warned this will not last.

Temperatures will take a nosedive in five days’ time, starting from the north, with rain returning to the north-east and snow at altitudes of around 1,000 to 1,200 metres upwards – relatively low for the time of year – plus overnight frosts in the northern half of the mainland.