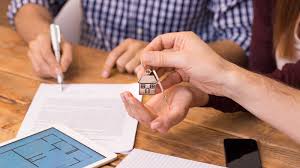 The Spanish Supreme Court will decide on November 5 just who has to pay a tax on mortgages: the banks or the borrowers. That was the announcement made on Monday by the president of the tribunal, Carlos Lesmes, after meeting with the justices from the administrative division who last week ruled that it should be lenders who cover the cost, and not, as has been the case until now, the clients.

The ruling – a reversal of a February decision on the same issue – triggered questions as to whether borrowers could claim the fee back, and from whom. Meanwhile, bank shares took a dive in the stock market. Further confusion ensued on Friday, when the same court division announced it would review the decision yet again in light of its “enormous economic and social repercussions.”

The Impuesto sobre Actos Jurídicos Documentados (AJD) is a tax paid by the homebuyer at the time of purchase, when a notary officially documents both the sale and the loan. In the decision made last week by a panel of six judges (one of whom entered a dissenting opinion), the Supreme Court determined that the bank is the only party with an interest in getting the loan certified by a notary, because this is what allows the lender to initiate foreclosure proceedings if the borrower defaults on payments. Because the lender is awarded this privilege through the public document, the lender should pay the fee, said the judges. This ruling in itself constituted a reversal of an earlier February decision confirming that clients are responsible for paying this tax.

On Monday, Supreme Court president Carlos Lesmes met with the judges who took the decision to analyze the situation. At the end of the meeting, Lesmes made a public statement in which he noted that Thursday’s ruling is “final and not subject to review” by the court that issued it, meaning that it has “full effect.”

However, the plenary meeting of the 31 justices that make up the administrative division, scheduled for November 5, will confirm – or not – the criteria used to back the sentence: that it is the bank, and not the client, who must pay the AJD tax. In his statement, Lesmes says that if the court wants to return to the criterion by which the client pays the tax, it will have to do so via an interpretation of existing legislation.

On Monday, several judge associations demanded explanations over the confusion of the last few days. A group called Asociación Juezas y Jueces por la Democracia (JJpD) called for Luis María Díez-Picazo, head of the court’s administrative division, to resign over what it called his “dire mismanagement” of the situation, which has caused “concern among citizens, who don’t know what to do with their mortgages […], and has cast doubts about the impartiality and independence of judges, creating a deplorable image of judges among the public.”

Banks and notaries are now wondering what they should do until the court finally decides who should pay the tax, something that will affect the mortgage signings that are already scheduled for the coming days and weeks.

Industry sources said that Friday saw fewer mortgage signings than usual, while banks said that they will continue to apply the previous legislation: i.e., it will be the client who pays the tax. If they refuse, the banks will offer to postpone the signing until the situation is cleared up.

Consumer associations who applauded the Supreme Court sentence on Thursday have been left stunned by the about-face. “We consider it to be yet another episode in the ongoing soap opera that the abusive [mortgage] clauses have become, and is very negative for the consumer,” said Ileana Izverniceau, from the Organization of Consumers and Users (OCU). The organization is encouraging mortgage holders to file claims in a bid to recoup their tax fee.

The head of Spain’s Tax Agency, Jesús Gascón, said on Friday that it is viable for mortgage holders to claim back the funds from regional tax offices. In that case, only those who have taken out a home loan in the last four years would be able to so, given that the statute of limitations for such debts with the administration is four years.

On Friday morning, civil servants in the Madrid regional tax office said that they had not processed any such claims. “We don’t know if it’s the banks or the public administration that will have to return the money that users have been charged,” one employee in the office said, adding that few people had asked for information about the issue.

According to the Association of Bank, Savings Bank and Insurance Users (ADICAE), reclaiming the tax should be done through the bank, as the contract was signed between the client and the lender. “It doesn’t appear to be the Tax Agency who has to return the money nor should it be limited to the last four years,” one of the association’s lawyers said.

Meanwhile, Javier Gaston, the spokesperson for the Denuncias Colectivas platform, says that he does not believe that the ruling and subsequent confusion will encourage banks to stop granting mortgages, given the importance of the product for their balance sheets. However, the interest rates they offer may begin to rise so that the consumer ends up assuming the cost of the tax in any event. “If the banks decide to increase prices in conjunction with each other they will have violated the law,” warned Izverniceanu. “And if just one lender does it, they will lose their position in the market.”