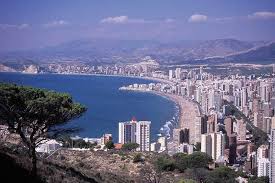 Fifty tourists were evacuated and roads were closed after smoke billowed through a hotel in the centre of Benidorm this afternoon.

A maintenance worker was treated for smoke inhalation as a result of the incident, which is believed to have been caused by a kitchen fryer overheating at Bristol Park Hotel, at around 12.30pm. No other injuries have been reported.

Due to the rapid spread of smoke, Local and National Police and fire fighters cleared the establishment, which is undergoing an expansion programme, into Doctor Fleming Square.

Calle Herrerias was temporarily closed while firefighting teams dealt with the fire and made the area safe.