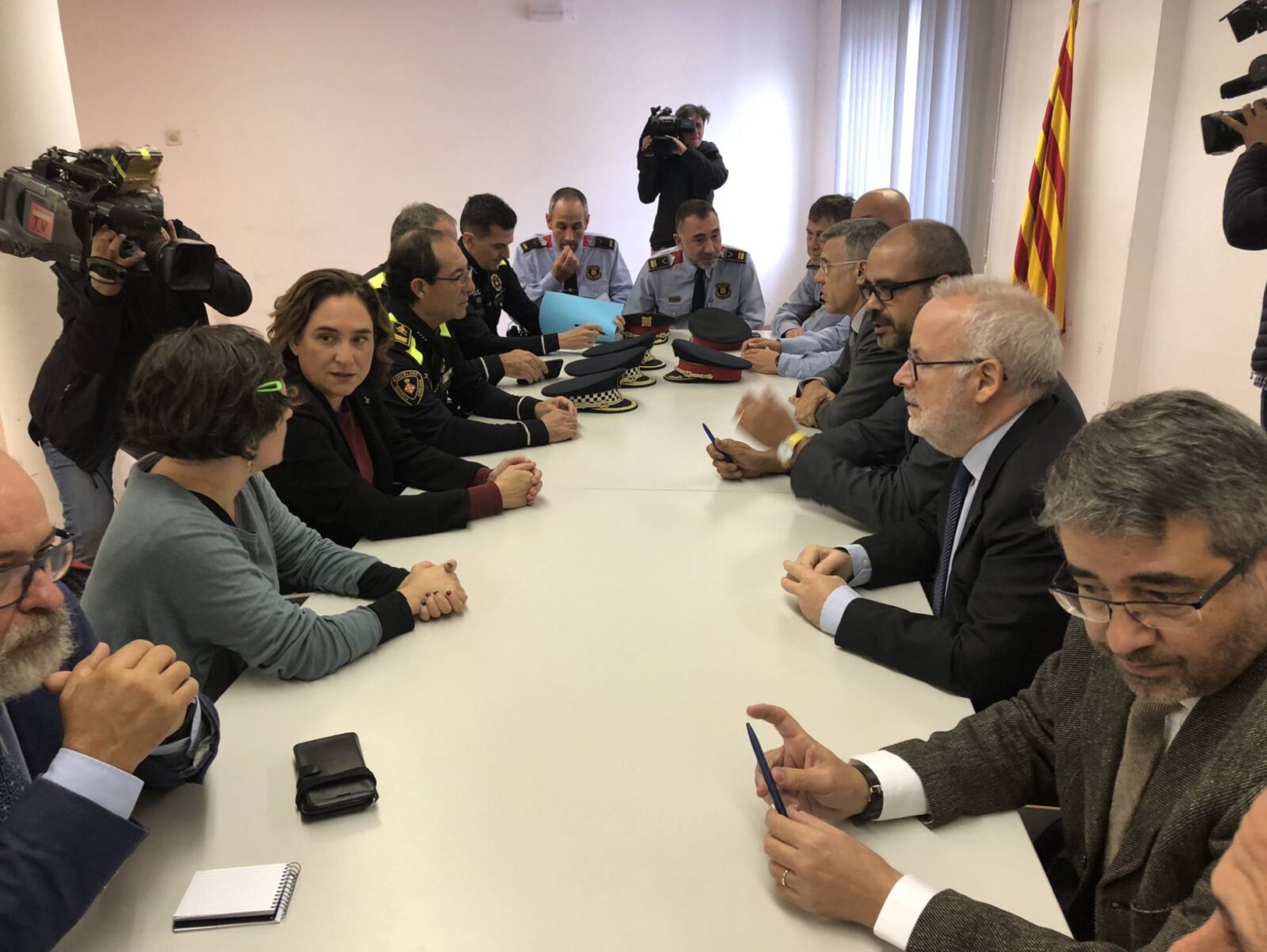 More than 800 police officers took part in a coordinated crackdown on Monday in El Raval neighborhood, where 55 people were arrested.

Around 700 members of the Catalan regional police force and more than 100 municipal officers swept through Barcelona’s downtown neighborhood of El Raval on Monday in a raid against so-called “narcopisos” – illegally occupied apartments used to sell and consume drugs.

There were 55 arrests in one of the largest police operations ever seen in the Catalan capital, where the authorities are trying to crack down on rising crime. Recent police statistics show that the number of reported crimes so far this year has increased by 19%.

Mayor Ada Colau, of the leftist Catalunya en Comú group, has been facing criticism over a growing sense of insecurity in the city. The move against the drug dens comes a few months before local and regional elections are due to be held across Spain.

Helicopters began hovering over the narrow streets of El Raval shortly after 7am, while a special unit of the Mossos d’Esquadra raided dozens of apartments and police vans fanned out across the area. The police dismantled operations in 26 drug dens, arresting 55 people who allegedly controlled the drug network.

These individuals, most of whom are citizens of Dominican Republic, had illegally occupied empty premises and were using them to deal a range of drugs but mostly heroin, which was available to users in very small doses. A few Spanish nationals were also detained, and accused of owning properties and using them for illegal profit as drug dens.

The court that has been handling the investigation since April has issued 10 additional arrest warrants against as many individuals who remain at large. Police sources estimated that there could still be around a dozen drug dens operating in the district of Ciutat Vella, which includes the neighborhood of El Raval.

The term narcopiso was coined shortly before the summer of 2017, when residents of El Raval began warning about the constant presence of heroin addicts going in and out of these apartments, either to buy the drug and take it away, or to consume it right there. Around 60 such properties were counted at the time. There was a simultaneous rise in petty crime around these drug dens, as addicts resorted to theft to pay the €5-7 for a dose.

Until now, local and regional police had been acting against these properties one at a time, securing individual court warrants to go in, seize the drug and arrest the sellers. But the problem became chronic when consumers began taking over from the arrested dealers, forcing the police to obtain a new warrant against the same property and start all over again.

The Monday raid was the climax of a more ambitious, months-long investigation involving phone taps. The judge in charge of the case has cordoned off the narcopisos, making it illegal to go inside. Of the 26 properties that were targeted on Monday, 13 have been returned to their rightful owners and five have been boarded up.

The mayor and the regional chief of internal affairs, Miquel Buch, made a joint appearance after the raid to celebrate its success. The press conference was also a public show of cooperation between two political leaders who have often been at odds with each other. Mayor Colau has repeatedly asked the regional department chief for more Mossos in El Raval to deal with the rising crime statistics. At the most recent city security meeting, Buch promised more street patrols and greater cooperation between the regional and municipal police forces.

“I have counted up to 50 consumers an hour going up and down the stairs for more than six months,” said one resident who lives in a building where the police raided a drug den. “The staircase is broken from the weight of so many people. It was impossible to keep my building in sanitary conditions.”

Ángel Cordero, of the local association Acció Raval, criticized how late the raid has come. “So late that it has left a lot of side effects on the neighborhood,” he notes. “Some residents have had to move out of the area. Others live with the anxiety of having a narcopiso directly above or below them, where consumers are constantly coming and going.”

“I was renting out my apartment. The tenant went away on vacation, and when he came back he found that the place had been occupied and turned into a narcopiso,” explained Sairica Rose, owner of a property at 7 Sant Climent street. “I filed a complaint in April but it was June by the time the Mossos threw out the squatters. When I was finally able to walk in, the place had been trashed, there were needles on the stairs, filth…”

The consequences of the raid were already visible on Monday.

“Look, they don’t know where to go, they are wandering here and there,” said a local resident, pointing at an addict who had just walked out of a raided apartment after being identified by the Mossos.