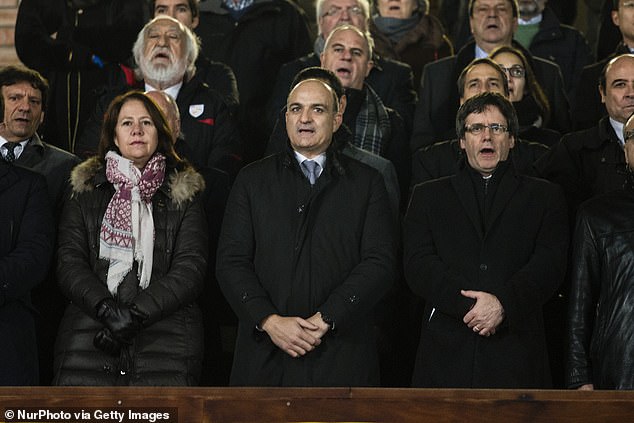 Subies, the former president of the Catalan Football Federation (FCF), joined the FA (RFEF) in May after Luis Rubiales was appointed president.

‘Subies has been detained as part of an active investigation into the diversion of money from the Catalan Football Federation to private ends,’ a Spanish police spokesman said.

Along with Subies, a member of the FCF was arrested on Tuesday as part of Operation Soule.

‘The RFEF expresses the utmost respect for the legal actions, following the events that took place this morning,’ said Spain’s football governing body in a statement.

‘(We) want to highlight the necessary respect for the presumption of innocence.’