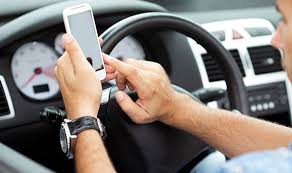 Spanish traffic police are preparing to launch a new weapon in the war on drivers who use their mobile ‘phones at the wheel.

Unmarked vans and HGVs specially equipped with front and side cameras are already being trialed on the roads in Galicia and Castilla y León as the DGT prepares to crack down on motorists using their mobiles while they drive.

Officers will use the height of their vehicles, similar to those already in use on Britain’s roads, to peer down into vehicles to catch offenders talking on their mobiles, messaging, reading or writing whilst driving.

Over 4000 people have been caught in the two years that the operation has been running in the UK, where it has proven to be a vital tool in targeting drivers who use a mobile ‘phone illegally, and the authorities are looking to introduce a similar system here in Spain.

Although the initiative has not been altogether well received down on the street, the DGT is determined to tackle and ultimately erradicate the use of mobile ‘phones by drivers as it is now the distraction that causes most fatalities on the roads.