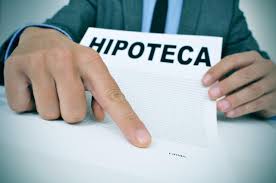 August marked the fifth month in a row that has seen an increase in the number of mortgages being signed in Spain.

6.8% more mortgages were signed in August this year than in 2017, and despite dropping back slightly on July’s figures, the trend is still upwards.

According to data published by the National Institute of Statistics (INE), 40.2% were fixed-rate mortgages.

The five consecutive months of interannual growth in the sector show that the mortgage market is on a positive and stable track and everything points towards the trend continuing into September.

One of the key issues in recent months has been the Supreme Court’s recent ruling that banks are liable to pay the taxes relating to registering new mortgages.

José Luis Martínez Campuzano, spokesperson for the Spanish Banking Association (AEB), warned of the necessity to “provide the market with legal protection, clear and predictable regulations, in order to preserve the smooth operation of the mortgage sector”, but nevertheless welcomed today’s figures as confirming the favourable conditions for financing property purchases with a mortgage loan.

Although it will take time to see the effects of the Supreme Court ruling on mortgage taxes reflected in national statistics, it is hoped that these will be minimal and that the mortgage market will continue its trend towards normalization, with solid financing as the key to making the real estate sector work well .

In total, the capital loaned by banks in August to buy property in Spain reached 3.52€ billion, 17.3% more than in the previous year.