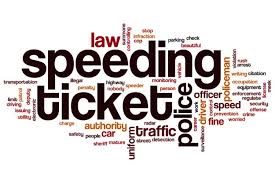 Director Pere Navarro has proposed the withdrawal of six points for the offence of using phones (currently three with €200 fine), and two points if the maximum limit of 90 km/h is exceeded by 20 km/h.

The DGT proposals are part of a change in regulations to reduce the accident rate, which the department confirmed has increased over the last two consecutive years.

In an interview to a Spanish news agency, Pere said the number of accidents will only be brought down ‘with more sanctions and greater vigilance’.

He reportedly argued that the driving licence point system in Spain, which has been in force unchanged for 12 years, needs to be updated, pointing out that in 2006, the smartphone, social media and messaging services were not popular as they are now.

Pere referred to the bad practice of ‘chatting with WhatsApp’ and reiterated the fact that ‘distractions’ were the main cause of road deaths,  accounting for 32 per cent of the total, ahead of speed issues and alcohol.