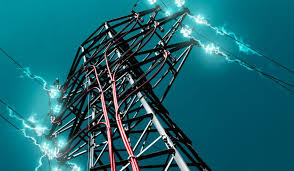 Spain’s electricity was officially the cheapest in Europe yesterday (Thursday) – an unusual scenario as it is usually among the most expensive on the continent.

Rising prices for households and traders have led to the Spanish government’s creating a battery of measures to bring costs down and protect vulnerable consumers from being left without power because they cannot afford to pay their bills.

But in the meantime, the price per megawatt per hour (MWh) dropped yesterday to the lowest in the European Union, at €65.90.

This was largely due to a fall in renewable energy production across the continent due to a sudden drop in temperatures, with minus figures overnight being registered in several countries north of the Pyrénées – compared to Mediterranean and southern Spain’s 13ºC at night – whilst Spain’s wind and solar power production is now among the highest in Europe because of mild temperatures.

This situation will continue until the end of the week and probably over part of next week, according to experts.

Spain’s maximum, seen on September 19, was €75.93, has dropped considerably in the last two months.

It rose because of low renewable energy production in the country, especially wind energy, combined with increased costs of CO2 and gas emission rights caused by the rise in crude oil prices.

The price of electricity per MWh from the ‘pool’ has an impact on about 35% of household bills – and, of the remaining 65%, 40% is for standing charges and taxes, and 25% is IVA and electricity tax.

Electricity bills went down in October and have done so again this month, November, costing an average of €37.34 for the actual power element – down from €38.28 in October.

But current bills are still 1.7% higher than in November 2017, where the consumer cost, net of taxes and charges, came to an average of €36.70 for a typical family home.