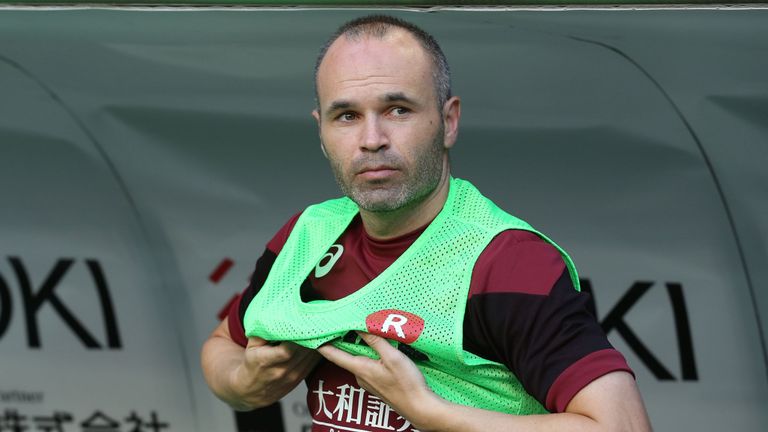 Andres Iniesta says he has had an “intense” yet “very positive” first few months adapting to his new life in Japan.

The 34-year-old brought his glittering 22 years at Barcelona to an end in May, signing for Japanese J1 League side Vissel Kobe on a three-year deal.

He bowed out of international football with Spain after playing in the World Cup in Russia, and since then, his new adventure required him to make plenty of adjustments.

“When you are changing a lot of things in your life, you need some time to adapt,” he said.

“It’s been a very intense few months after playing in the World Cup. I tried to adapt to my team-mates, the league, and the country as fast as I could.

“I think in general it’s being a very positive few months, despite I would rather prefer to be in another position. We have to learn from our mistakes and think about next season, do everything better from the beginning.”

Vissel Kobe are set for a mid-table finish in the J1 League, sitting in 11th position ahead of their last game of the season against Vegalta Sendai on Saturday.

Iniesta played 13 games since his arrival, scoring two and assisting three, but he knows there is plenty of room for improvement before they start their new campaign in February.

“About our last game, we want to win for our fans, and finish the season in a good way,” he said.

“I think the team need to sign a few players, and I think the club is looking into it. It is not just because we finished in this position, is also because every year any club need to do it in order to improve.

“I think we have a great squad. We suffered a few changes and that always creates some doubts, but I see some young players with a lot of quality and with a great future. I am sure that next year if we start the season doing everything in the right way, Vissel is going to be fighting for titles.

“For me, it’s an important challenge and I am looking forward to help Vissel to become an important team in the league.”