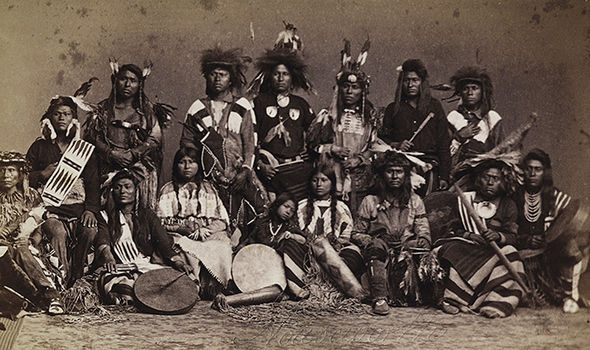 Spain’s Foreign Minister Josep Borrell has come under attack for a “racist” remark over the mass extermination of Native Americans in the US.

Mr Borrell claimed the US is well integrated because “the only thing they had done was kill four Indians” before the country gained independence. The PSOE minister was speaking at a Complutense University of Madrid forum on the future of Europe. in the speech he claimed the US is better politically integrated than the EU because they speak the same language before making his bombshell claim.

He said: “They have little previous history. There were born to independence practically without history.

“The only thing that they have done was to kill four Indians, apart from that it was very easy.”

The mass extermination of Native Americans in the United States in the 18th and 19th centuries saw hundreds of thousands killed.

Ciudadanos responded to Mr Borrell’s remarks, citing a report published on March 2, 2018 which showed there had been 1,500 wars or attacks on Native Americans.

By the ends of the 19th century, only 238,000 Native Americans would remain from an estimated population of five to 15 million in 1492.

Mr Maura grilled Mr Borrell if he wanted to apologise for his words.

Experts piled in on Mr Borrell, with one American living in Catalonia attacking the “racist” remarks.

”As an American I can assure you that in this matter you are wrong.”

Mr Borrell was criticised by many in Britain for threatening Spain would vote down the UK’s withdrawal agreement on leaving the EU.

Madrid’s foreign minister claimed the document’s language did not guarantee Spain had a say on Gibraltar’s inclusion in any future trade deal the UK strikes.

When EU leaders signed off the document on Sunday, Spain Prime Minister Pedro Sanchez claimed, “With Brexit we all lose, but when it comes to Gibraltar Spain wins.”