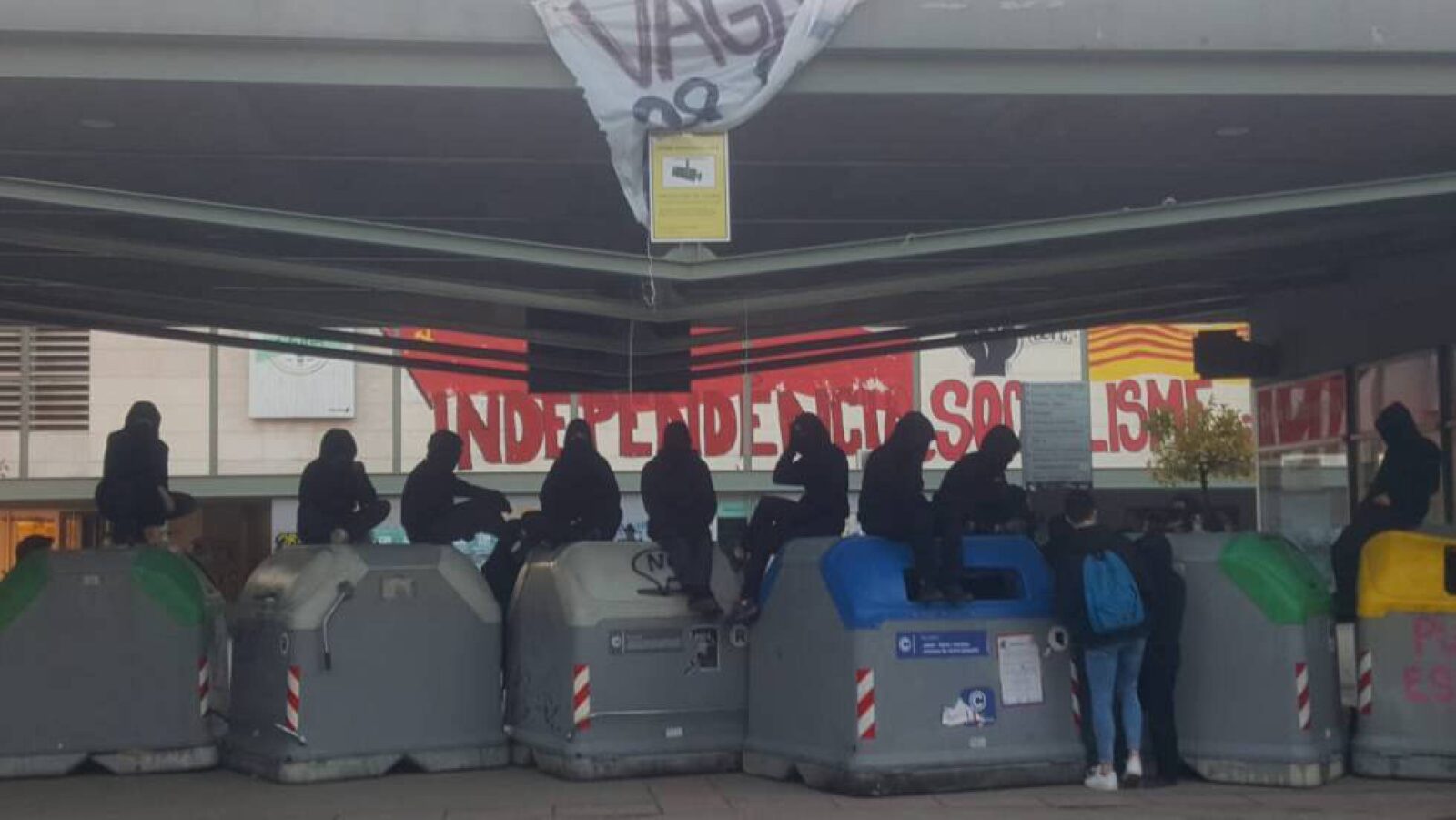 The protesters waved placards and used plastic horns, whistles and megaphones to mount a noisy protest and make their demands heard. The demonstrators were held back by the Catalan regional police, the Mossos d’Esquadra, who clashed with the firemen. The firefighters are calling for more personnel, resources and better salaries.

Family doctors in Catalonia are also demanding more resources and better working conditions.This is the third day of industrial action for the group. The union Doctors of Catalonia (MT) began a strike on Monday, claiming the state of the region’s primary healthcare sector is “unsustainable.” On the first day of the strike, hundreds of doctors blocked Barcelona’s Gran Via avenue and occupied the headquarters of the Catalan Health Institute (ICS), the public entity that manages 80% of primary healthcare services. On Tuesday, more than a thousand people protested outside the Health Department against the “precariousness” of the sector, which lost nearly a thousand doctors during the cutbacks and, according to MC, only has 30% of its former purchasing power.

The ICS has offered to immediately incorporate 200 doctors to help relieve the sector’s urgent needs. While the institute has the budget to cover this measure, it admits there is not enough staff to fill the places and is asking doctors to work extra remunerated hours. The MC has rejected the offer. The union wants a minimum of 12 minutes to be guaranteed for each patient visit and no more than 28 visits a day – demands the ICS has not accepted.

“We are doing everything we can to address their demands. Hopefully today we will find a solution,” said Torra on Tuesday.

But no solution was found and on Wednesday the family doctors entered their third day of stoppages. This time they were joined by university students who stopped classes to call for academic fees – which rose by 67% during the financial crisis – to be reduced by 30%.

The Pompeu Fabra University (UPF) suspended classes in the Ciutadella campus in Barcelona in response to the strike, citing security reasons. The University of Barcelona and the Autonomous University of Barcelona (UAB) continued classes but asked professors not to hold exams or other activities that would be graded. Students at UAB blocked access to the Bellaterra campus early Wednesday morning, setting up barricades with chairs, tables and trash cans at each of the entry points.

The strike, organized by the Catalan Student Union (SEPC), is set to continue on Thursday. University teaching and research staff have called their own strike on Thursday to support the students’ demand to reduce academic fees. Students and teachers will gather outside the University of Barcelona square for a demonstration at midday.