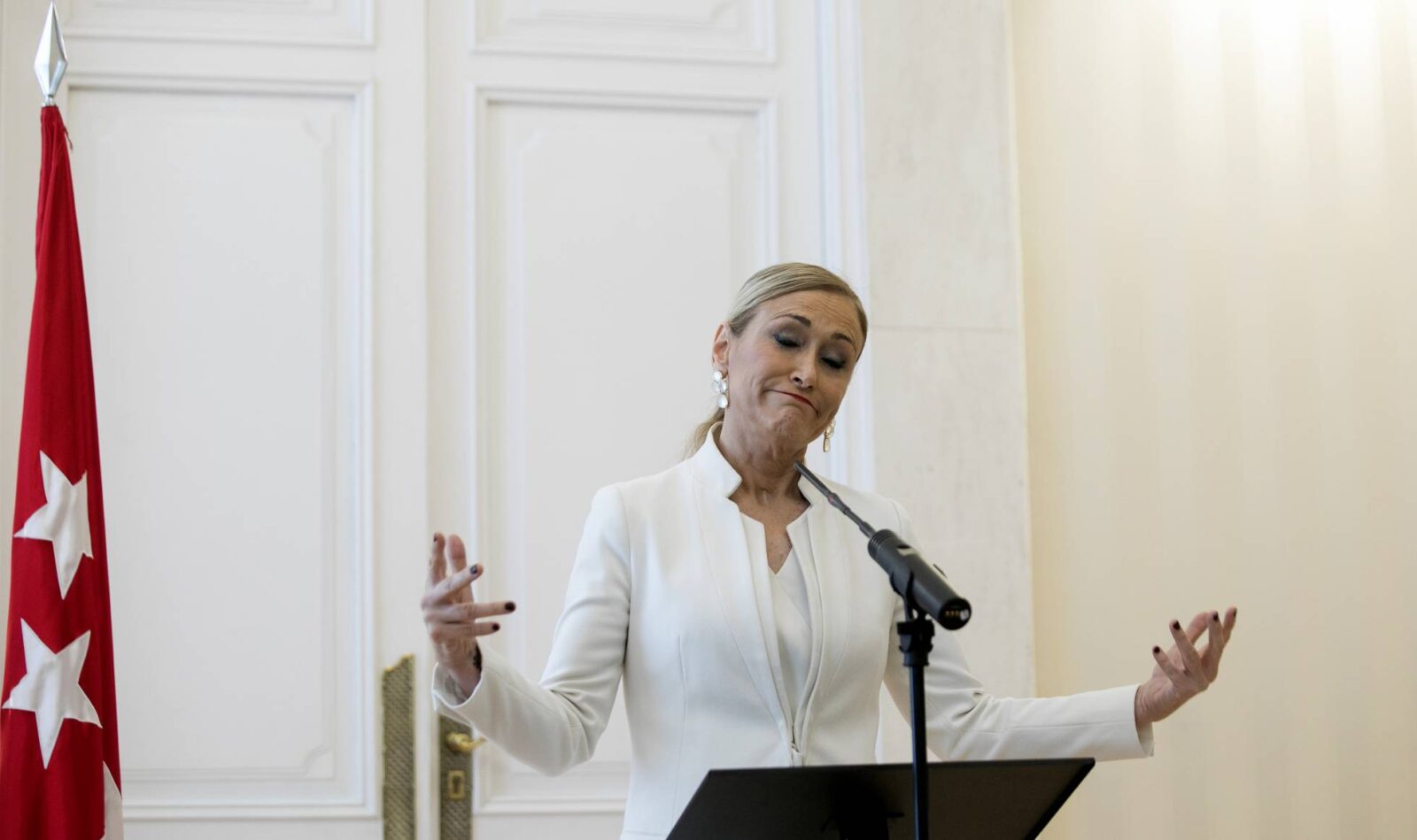 Court proceedings are moving forward against Cristina Cifuentes over allegations that the former Madrid premier participated in the falsification of documents certifying that she successfully completed a master’s program at the Public Law Institute (IDP) of King Juan Carlos University (URJC).

The judge overseeing the case, Carmen Rodríguez-Medel, said she would proceed against Cifuentes  in court records filed on Wednesday.  In Spain, forgery of public records is a criminal offense entailing three to six years of prison time.

Cifuentes, of the Popular Party (PP), headed the regional government from June 2015 to April of this year, when she stepped down amid a growing scandal. The story broke in March when an online daily revealed that she had never attended classes or taken examinations with the other students. A university employee later allegedly altered her grades transcript to make it look as if she had completed her coursework. Cifuentes’ final thesis never turned up, and while she claims to have defended it before a three-member panel, no official records exist of that event, university officials said.

Pressed for evidence, Cifuentes produced a university document signed by the three members of the examining panel. It later emerged that at least two of the signatures were forged, and the case was taken up by prosecutors, as forgery of public documents is a crime that carries prison sentences.

The regional leader denied the accusations, blaming the university for any irregularities with her qualifications. In April she returned the controversial master’s degree but insisted, “I have not committed any illegal act. I have an official title, stamped and certified by the department.”

The scandal hit crisis levels after a video emerged showing Cifuentes in a shoplifting incident in 2011, and she was forced to resign as Madrid premier. Two days after she quit, Cifuentes also stepped down as the president of the PP in Madrid.

Rodríguez-Medel has also decided to continue proceedings against Enrique Álvarez Conde, the head of the URJC Public Law Institute where Cifuentes obtained her degree, as well as Cecilia Rosado, one of the professors who signed the fake document, and Teresa Feito, Cifuentes’ former advisor, who allegedly pressured professors at URJC to cover up the irregularities.

In the court statement, the judge said Feito “insisted” that Álvarez Conde should “create […] the necessary documents” to prove that Cifuentes “had completed the master’s degree normally and passed all the necessary tests to obtain the title, including the defense of the final thesis.”

Cifuentes is not the only Spanish politician to be embroiled in a scandal over their academic qualifications. Pablo Casado, who is now the president of the PP, was also accused of fraudulently obtaining a master’s degree from the same university, without attending classes. The Supreme Court, however, ruled there was not enough evidence to show Casado was “gifted” the qualification in exchange for his political connections.

Spain’s Health Minister Carmen Montón was forced to resign over irregularities with her master’s degree, and Spanish Prime Minister Pedro Sánchez was also accused of plagiarizing his doctoral thesis.