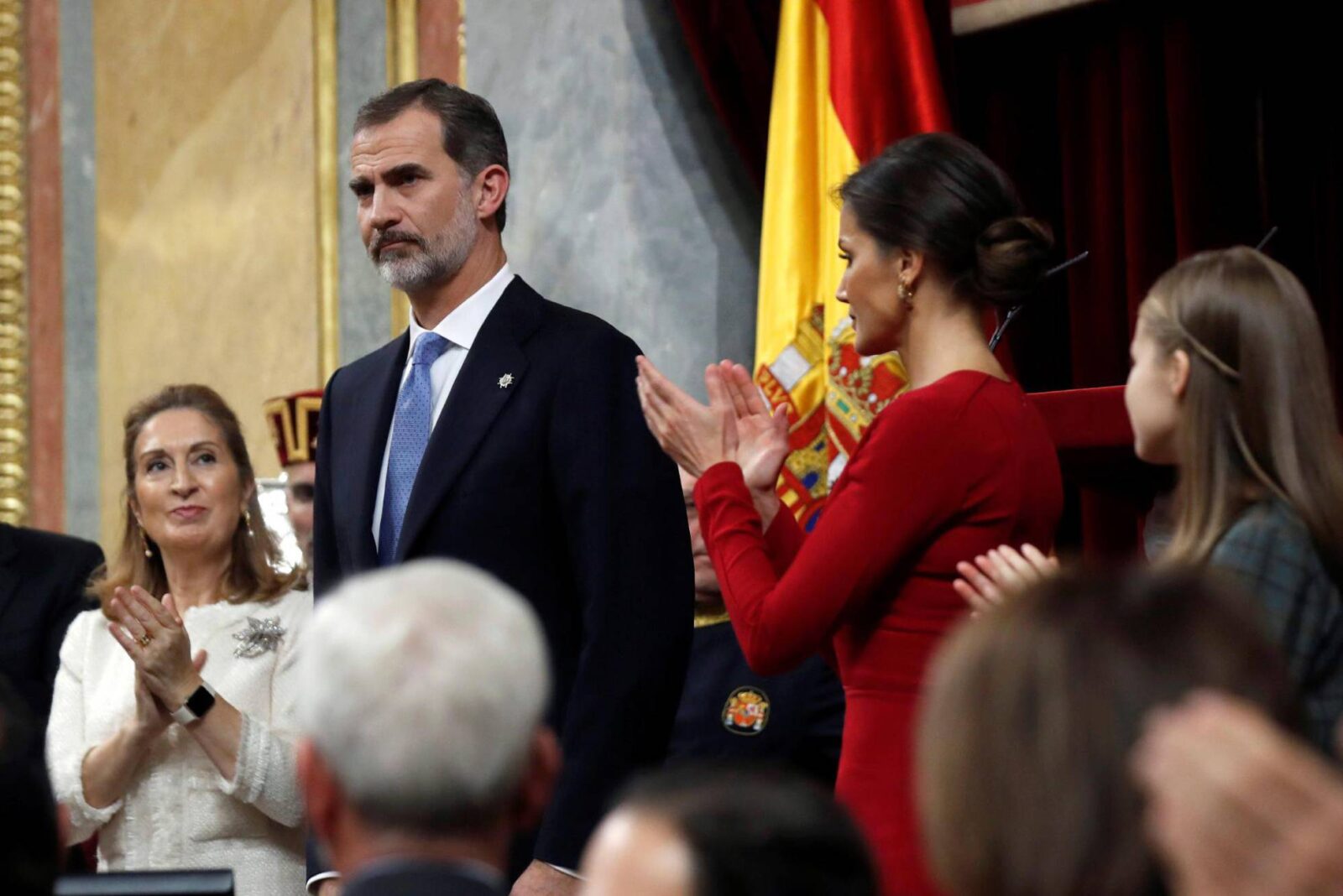 Spain is observing Constitution Day on Thursday, which marks the 40thanniversary of the document that officialized the country’s transition to democracy following four decades of dictatorial rule by Francisco Franco.

State and government officials addressed Congress to call for national unity and urge respect for the country’s institutions at a time when Spain is facing new challenges from the Catalan secessionist drive, political fragmentation, criticism of the judiciary and the rise of the far right.

In his address, King Felipe VI said that the 1978 Constitution has contributed the most to the development of Spain because “it is the first one that does not divide but unite Spaniards, as a result of agreement and consensus.”

“Our democracy is firm and consolidated. There is no going back,” he added.

House speaker Ana Pastor said that “there is no room for anything outside the Constitution,” in a veiled reference to the Catalan secession bid that was not specifically mentioned in any official speech today.

The ceremony took place uneventfully, with no acts of protest by the pro-republic Unidos Podemos beyond a refusal to applaud the king’s speech.

The anniversary also coincides with political division over the need to reform the Constitution. The governing Socialist Party (PSOE) says it is essential in order to overcome Spain’s institutional crisis. But Pablo Casado, president of the Popular Party (PP), said in a recent interview that “now is not the time to slice open our Fundamental Law, nor do I believe that we have the kind of consensus that we had in 1978.”

Parliament has been working on the agenda of events for months – first under the previous Rajoy administration, and later under Pedro Sánchez, who came to power in early June after leading a successful no-confidence vote against the conservative leader.

Sánchez, of PSOE, leads a minority government that is struggling to get legislation passed, most crucially the 2019 budget. On Monday, the Catalan pro-independence party PdeCAT said that it will only consider supporting the budget if Sánchez comes up with “a proposal for Catalonia” that includes progress on “calling a referendum,” official sources told EL PAÍS.

The prime minister has suggested that if he is unable to push his blueprint through parliament, he may call a snap election next year, coinciding with local, regional and European elections.

The results of the regional election held on Sunday in Andalusia, a traditional Socialist bastion where the far-right Vox party has made unprecedented inroads, suggests that the outcome of a national election could yield an even more fragmented parliament.

King Felipe VI addressed the lower house in the presence of his parents Juan Carlos and Sofía, as well as three of the founding fathers of the Spanish Constitution, Miquel Roca, Miguel Herrero y Rodríguez de Miñón, and José Pedro Pérez Llorca (the other four have passed away). Prime Minister Pedro Sánchez and four of his predecessors were also present: Felipe González, José María Aznar, José Luis Rodríguez Zapatero and Mariano Rajoy.

In a sign of the times, most regional premiers attended the event, following years of absence, to underscore the idea of national unity. The exceptions are the leaders of Catalonia, the Basque Country, Navarre and the Balearic Islands.