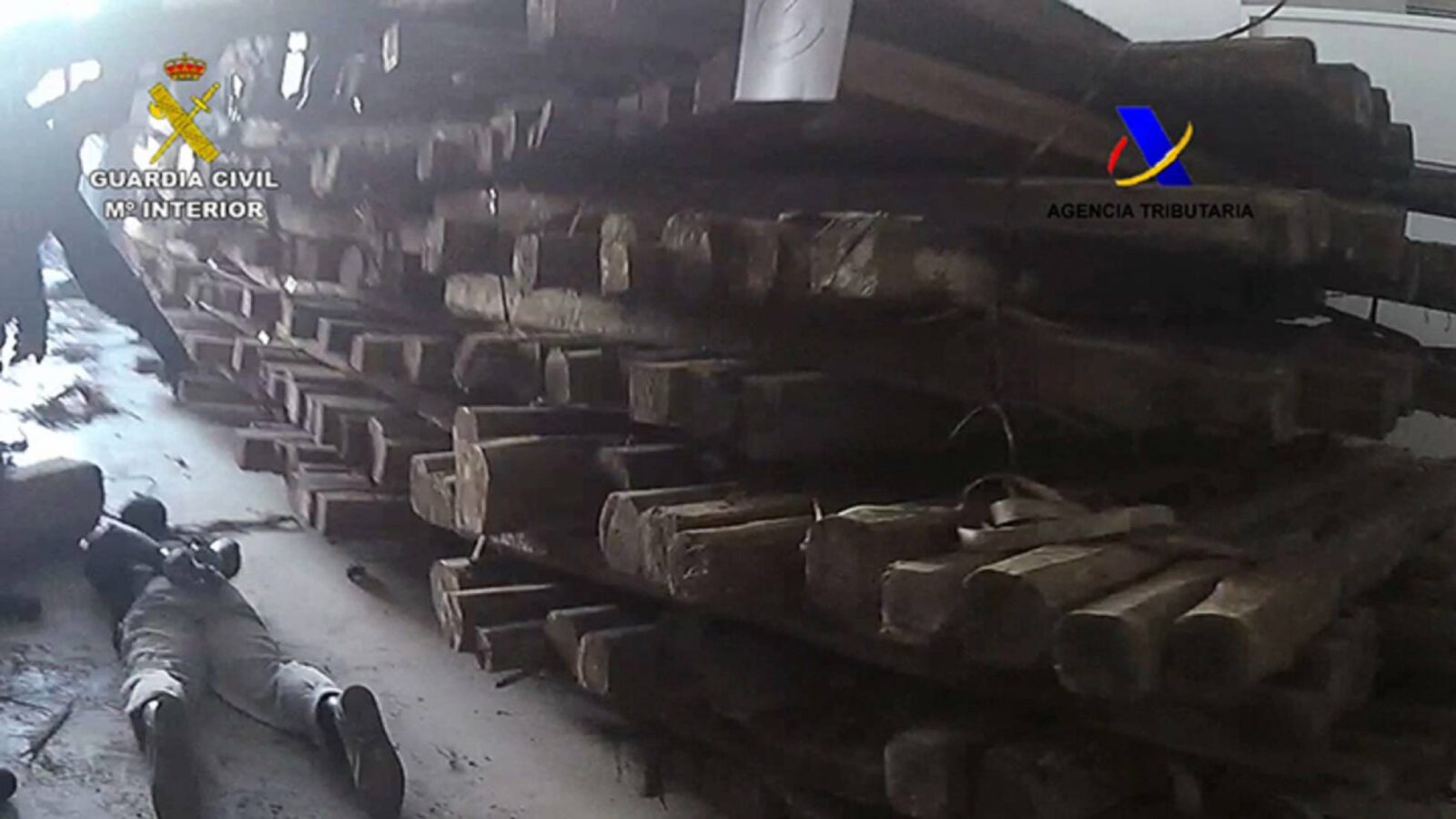 Police arrest 19 people and seize over 1,250 kg of cocaine concealed inside hollowed-out logs

Spain’s Costa del Sol is once again at the center of a major drug bust. A joint raid by the Spanish Civil Guard and the Belgian police has resulted in 19 arrests, seven in Málaga province and the rest in Belgium.

Authorities also seized  over 1,250 kilograms of cocaine that the gang was transporting from Ecuador to the ports of Antwerp in Belgium and Algeciras in Spain’s Cádiz province.

The case has newly evidenced how the port of Algeciras, the world’s fourth busiest shipping hub by number of containers, is a favored drop-off point for traffickers seeking to move their drugs into Europe.

The suspects are believed to be members of an international cocaine trafficking organization made up of 26 individuals. The operation is one of several carried out in southern Spain in recent months to combat drug trafficking in the area.

As part of an operation dubbed Brocade-Fraternity, Civil Guard and Tax Agency officers inspected five containers that had come into Algeciras from Ecuador. Inside they found 797.7 kilograms of cocaine concealed inside the hollowed trunks of tropical trees sold for wood.

This discovery triggered a wider investigation that led to a criminal gang based in Belgium with delegations in Spain, France, the Netherlands, Colombia and Ecuador.

Law enforcement officials and judicial authorities from Spain and Belgium met in The Hague to design a joint operation to bring down the ring.

One month before the discovery of the cocaine in Algeciras, authorities at the port of Antwerp had found a 470 kg shipment. The import-export companies involved in the delivery and the method used to conceal the drug were identical to the Spanish case.

The leader of the gang and several of his lieutenants had temporarily moved from Belgium to the Málaga town of Fuengirola, where they spent two months to oversee the operation. After the logs were removed from the containers, they were trucked to a warehouse in the industrial park of Sabinillas, where four gang members were waiting to extract the drug from the trunks. This is where authorities arrested them and two Moroccan individuals tasked with monitoring the off-loading. The leader of the gang was simultaneously arrested in Fuengirola on a European arrest warrant.