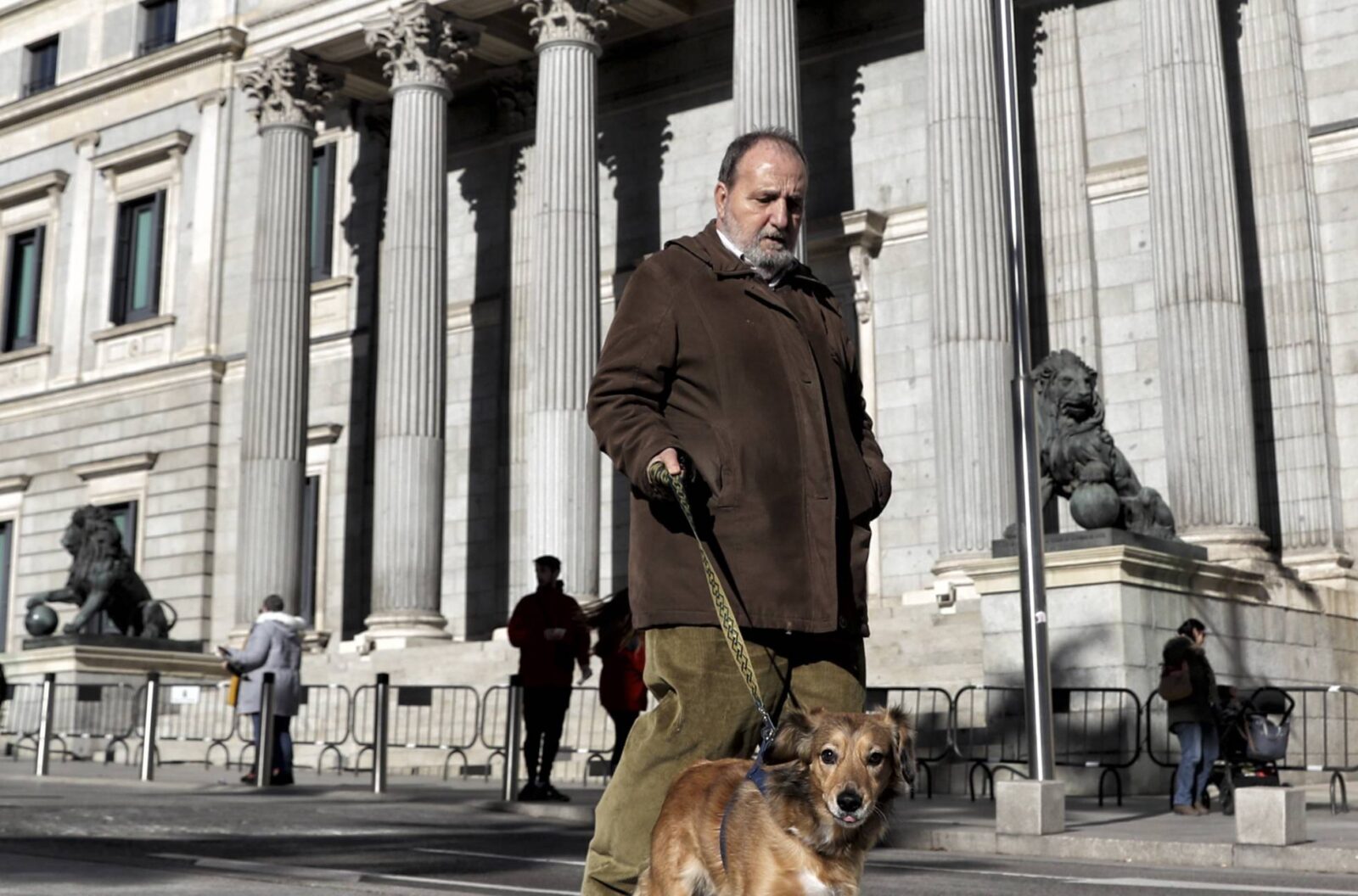 The final draft of the text could end the practice of seizing pets over payment defaults.

Spanish Congress on Wednesday began working on the final version of a bill that aims to change animals’ legal status from mere objects to sentient beings.

This would prevent pets from being seized along with other “assets” in cases of payment defaults; it would also allow regulators to decide which partner gets to keep the pet after a separation or divorce.

The Spanish Civil Code currently views animals as movable property, as noted in the introduction to a bill that was initially proposed by the Popular Party (PP) a year ago, and backed by all parties in Congress at the time.

Now, political groups have begun talks to draft the final text after introducing 115 amendments to the original document throughout this time. The updated draft is expected to be ready by February 2019.

The legal changes will address what happens to a pet when its owners split up, with an eye on animal welfare. Mortgage and civil procedure legislation will also have to be modified to ensure animals cannot be confiscated.

Sara Carreño, a lawmaker for Unidos Podemos, said that her group had wanted a more ambitious bill, but that “the PP didn’t want bullfighting to be affected.” The new legislation should “at least” end public subsidies for bullfighting or any other activity that involves animal abuse, she added.

Carreño said that the concept of animal abuse should be clearly defined, recalling a recent video that circulated on social media in which hunting dogs are seen falling down a cliff.

Avelino Barrionuevo, a PP deputy who first introduced the idea for the bill last year, said that some of the amendments by other parties fall more within the scope of an animal welfare law, which is not the case here.

“The idea is to achieve maximum consensus,” he said, noting that the PP itself has proposed 13 amendments, “which is uncommon, as the bill is ours to begin with.”

The amendments are the result of conversations with animal associations and other groups that pointed out shortcomings in the original text. One of the amendments adds a pet owner’s right to moral damages on top of existing civil responsibility when the animal is injured by a third party.

Socialist (PSOE) representative Javier Antón Cacho said that “there is a constructive attitude that is aimed at adopting decisions more in line with the sensibility of today’s society.”

Animal rights groups have welcomed the measure, although they deem it insufficient. Javier Moreno, spokesman for the international group Animal Equality, said that what Spain needs is a nationwide animal protection law so that it is not up to each regional government to draft policies about issues such as putting down pets.

Moreno also supports a national ban on shows that use animals, such as bullfights or circus acts. “Right now that depends on municipal authorities,” he says. “What’s required is political determination and courage, because Spain is trailing at the back of the pack when it comes to animal protection in Europe, even though social awareness has increased in recent years.”

Eva Ramos, a lawyer for the animal rights party Pacma, says that 115 amendments mean the final text could change a lot depending on what gets included or left out.

Ramos said the bill should clearly define what constitutes a pet, and address the possibility of temporary custody of the animal if there is abuse. The lawyer said that animal abuse is often used as a tool of control by a spouse in gender violence cases. “We are seeing cases of people who are being themselves abused, but they are incapable of leaving the home because they don’t want to abandon their animals.”