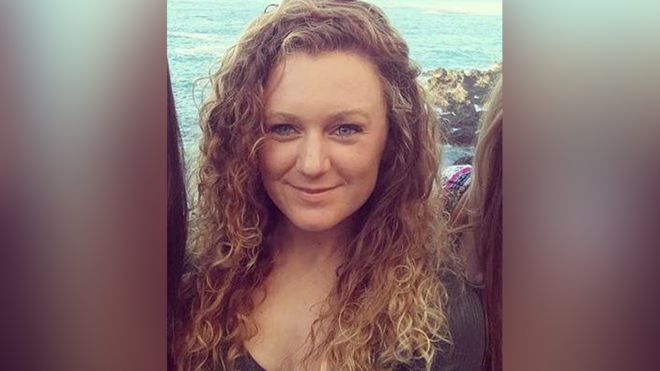 A body recovered off the coast in Tenerife has been confirmed as that of missing British woman Amy Gerard.

The 28-year-old, originally from Cleethorpes, was last seen outside an Irish bar in the resort town of Puerto de la Cruz early on 30 November.

She had been working at the island’s Loro Parque marine zoo.

The charity The Lucie Blackman Trust said it was “saddened to announce” DNA testing results had confirmed the body was Ms Gerard’s.

She was found in the water by search teams and taken to a nearby harbour at about 11:30 GMT on 4 December.

In a statement, released by the charity, her family said: “The DNA results confirm our worst nightmare and we are all heartbroken that Amy is no longer with us.

“The police investigation is ongoing and there is no further information to share at this time.”

Spanish Police are yet to officially confirm the identity of the body.

Policia Nacional previously told the BBC there were “no indications of violence or aggression”.

According to her Facebook profile, the University of Lincoln graduate trained dolphins and killer whales at the zoo, where she had been living and working since May 2016.

The Foreign and Commonwealth Office earlier confirmed it was assisting the family of a British woman in Tenerife.

The Lucie Blackman Trust offers support to families of people missing abroad, who can face issues such as getting to the country quickly or last-minute flight expenses.