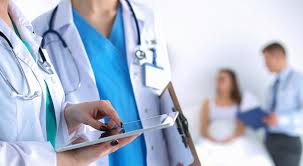 A ROUTINE blood test led to a father in Bilbao finding out his children were not his own due to a mix-up at the fertility clinic, leading to the family getting nearly a quarter of a million euros in compensation.

The couple underwent IVF in 2015 and the mother gave birth to twin boys in February 2016, according to reports in the Spanish press.

Last year, the dad had a routine blood test – and it was found that his blood type did not match that of the twins.

The blood types in question have not been explained, but certain strains are always inherited and some require both parents to have the same type to be passed on.

This flagged up concerns which led to a genetics laboratory analysing the DNA of all four family members – and discovering that the children had a different father.

A full investigation revealed that the fertility clinic, based in Bilbao but with its head office in Madrid, had injected the wrong man’s sperm into the mother’s eggs to produce the embryos which were then implanted into the mum’s womb.

The couple sued the clinic, and a court in Madrid held that the defendant had been ‘negligent’, resulting in a ‘failure in the custody, conservation, transfer, identification and handling of the reproductive material’.