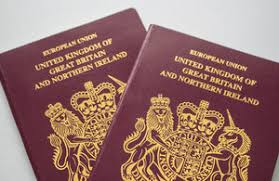 A Japanse passport grants access to the most countries in 2019, according to the Henley Passport Index — its citizens can travel without a visa to 190 nations worldwide.

Tied in second place were two other Asian nations, Singapore and South Korea, citizens from which can visit 189 destinations visa-free.

Germany and France topped the ranks among European passports, coming in joint-third with 188 destinations, but Germany dropped down from the second-place position it held last year.

The US and the UK continued to slip down the Henley Passport Index — which is based on authoritative data from the International Air Transport Association (IATA) — and now sit in joint 6th place, with access to 185 destinations. This is a significant drop from the first-place position that these countries held in 2015.

Denmark, Finland, Italy, and Sweden now all sit in fourth place, while Spain and Luxembourg are in fifth.

The other European countries represented in the top 10 were Austria, Portugal, Switzerland, Belgium, Greece, Ireland, the Czech Republic, Malta and Iceland.

Europe’s lowest ranking passport was Kosovo, which came in 94th — just below Djibouti and Burundi.

The biggest climbers on the report were China, Colombia, Tuvalu and the United Arab Emirates — all going up five places.

Iraq and Afghanistan remain at the bottom of the ranking, with access to just 30 visa-free destinations, as they have for much of the index’s 14-year history.

According to the ranking, global mobility is rising — citizens, on average, could travel without a visa to 107 countries in 2018, a number that has increased from 58 in 2006.