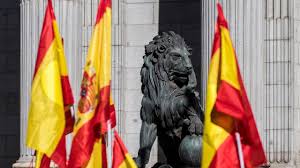 President Pedro Sánchez and his cabinet presented their 2019 budget today (Friday) in Parliament, although as yet they do not have sufficient support from non-ruling parties to push it through.

Backing from left-wing Podemos is likely as long as the socialist government agrees to its requests to reduce the cost of household electricity bills, increase paternity leave from its current four up to eight weeks – although this will still be half the length of maternity leave – and to reduce the price of renting a home, given that the cost of doing so in major cities and some of the most popular coastal resort areas is starting to rise beyond the reach of average earners, meaning young adults are continuing to live with their parents until well into their 30s.

So far, Sánchez’s cabinet has agreed to all Podemos’ demands except for rent prices, which they have not commented on, but have since said will be under discussion over the next few months.

A total of 57% of the 2019 budget will be spent on healthcare, social welfare, care costs, pensions and other ‘grass-roots’ essentials – pension spending in particular will rise by 6.2%.

Widows’ and widowers’ pensions will go up, and subsidies for the over-52s, scrapped by the previous right-wing PP-led government, will return.

Profit tax will rise for large companies and income tax will go up for the highest salaries, whilst value-added tax, or IVA (VAT in the UK) will drop from 21% to 4% on tampons and sanitary towels to help combat ‘period poverty’.

Care funds for elderly, disabled and dependent persons will rise by 59.3%, research and development (R+D) will go up by 5.6%, and €20 million extra will be spent on the fight against gender violence.

Sánchez aims to work towards pre-school education, including nursery care for the under-threes, to be free and available to all, and to add extra funds for school materials and for student grants and scholarships.

The hike in pension spending is ‘the highest in history’, says treasury minister María Jesús Montero, at €42.10 per €100, and widows’ and widowers’ pensions will rise to 60% of the deceased’s salary.

Pension increases in line with inflation as agreed late last year will be paid in arrears in February.

Diesel will go up in price by eight cents a litre, of which 3.8 cents will be in tax.

Large companies will pay a minimum of 15% on their profits, but those currently paying 25% and who have an annual turnover of less than €1 million will have theirs reduced to 23%.

This means an additional 14% in profit tax and 5.1% in IVA (VAT) earnt by the government this year.

Regional governments’ spending ‘ceiling’ will be raised by 4.4%, allowing them more freedom to invest in schools, hospitals, health centres and new infrastructure.

The cabinet has reduced its expectations for growth and employment creation, with the former expected to be capped at 2.2% and the jobless figure to drop by around 800,000, down from the current 15.5% to 14%.

By the end of the year, Spain’s public debt will be in region of 95.4% of the GDP, keeping it below the 100% mark and less than during the latter part of the PP government’s reign.

‘Attractive’ funding provisions for Catalunya have been included as a carrot for the two regional parties, ERC (Catalunya Left Republicans) and PDeCAT (European Democratic Party for Catalunya), although details of these have not been disclosed.

Votes from the ERC and PDeCAT are likely to be crucial to make up the numbers needed for the budget to pass through Parliament.

The main processes and the preliminary stages will get under way next week and, if the budget proposal clears these hurdles, the official Parliamentary debate will take place in the first fortnight in February.