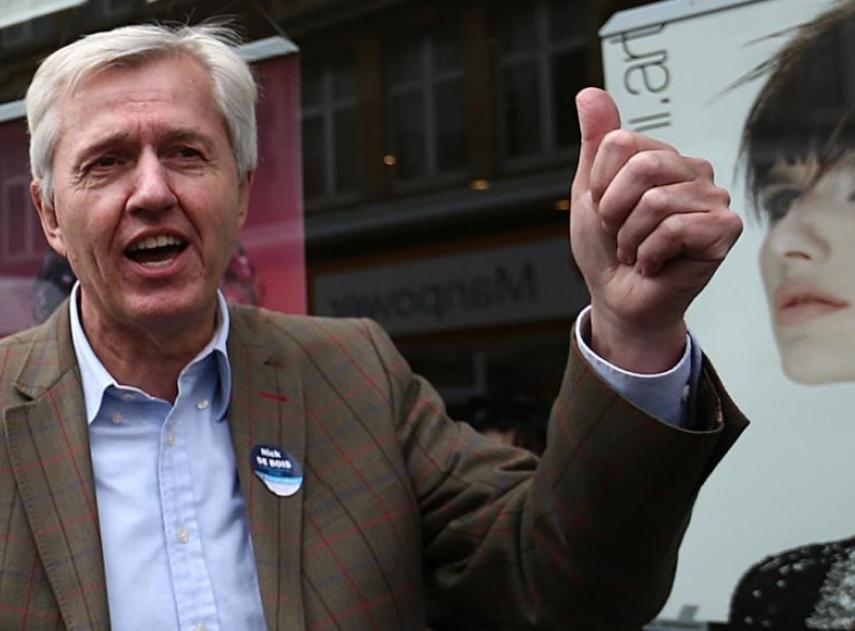 Please join us for our live interview with Nick de Bois, this afternoon with Kal at 17:15 on BayRadio

Nick de Bois was the Chief of Staff to the Secretary of State to exit European Union. Before that he was MP for Enfield North 2010-2015. He is author of Confessions of a Recovering MP.

Here’s some words from Nick himself:

As we fast approach March 29 2019 and our exit from the European Union, the clamour for not doing so without a deal in place grows to a deafening crescendo. From calls for second referendums from both within the government and outside to poorly considered alternatives of Norway, EEA, EFTA (and a combination of all three), plus of course the emergency extension of Article 50 – all, it seems, because leaving on the 29th March without a deal is too frightening to consider.

As Roberto Azevedo, the head of the World Trade Organisation, has said, a no-deal Brexit would not “be the end of the world” but added it would not be “a walk in the park either”.

He is right. Although some paint the defaulting to WTO rules as a walk in the park, that ignores the complex set of bi-lateral arrangements that help smooth trade on WTO rules which, on their own, do not break down sufficient barriers to trade either in goods or services to the degree we are used to with the EU.

But those underlying measures are being put in place where possible And of course countries that have been trading with us under EU FTA’s are already seeking to replicate those arrangements with the U.K – with Japan being the most obvious example.

Enough, however, is not being made of the opportunities that would open up under WTO rules and leaving the Common Commercial Policy and the Customs Union of the EU. Bluntly, the U.K would be free to introduce substantive countervailing measures to help drive a new era of trade and growth outside membership of the EU.

First, we could introduce temporary import tariff duty cuts; the immediate recovery of full legislative and regulatory control, a swifter end to our EU financial contributions, the introduction of new free trade deals and wide-ranging fiscal measures to stimulate growth and investment.

These ideas, and others, were put to the cabinet last September as part of a No Deal Cabinet Planning session. We hear little about this because Ministers, with the exception of Dominic Raab, didn’t want to talk about them. It is regrettable that government still resists the calls to make the case for the opportunities that can be grasped from leaving the EU without a deal. I well remember the representations from Treasury and BEIS to focus on the risks and play down the opportunities.

I won’t pretend that seeking a deal is not the preferred option, and that reducing friction and barriers to trade has more chance of success with a U.K./EU deal than without, but refusing to countenance No Deal and presenting to the public a one-sided assessment of the risk and not the opportunities from No Deal has been a flawed negotiating strategy,  and has allowed a climate of irrational fear to fester making “any deal better than no deal” the new Government policy.

Countervailing opportunities aside, we are allowing a narrative to emerge that the government is ill-prepared for mitigating the risk of No Deal. During my stint as Chief of Staff to Raab, I was enthused by the considerable No Deal planning work undertaken by the Department for Exiting the European Union under instruction from ministers.

Much of that entered the public domain in August when we launched 106 technical notices advising business, consumers and NGOs on what preparations were underway or steps that business would need to take to plan for leaving the EU without a deal.

Ensuring continuity of supply and services has been the cornerstone of preparedness for No Deal, which is why the U.K has stated, for example, that it will recognise EU product and safety standards and recognise professional qualifications – so that we can continue to benefit from EU imports, logistics, skills and services from our neighbours. It remains to be seen if these moves will be reciprocated.

At the time I left the department, the EU refused to let UK officials engage widely with member states or the Commission to mutually agree sensible steps to ensure minimum disruption in the event of No Deal.  The work has been done on our side: it would be a wholly malicious move by the EU not to reciprocate now as No Deal looms.

Nevertheless, whilst  the planning for No Deal continues on this side of the channel, it remains at risk of not being ready in time for our exit from the EU simply because Number 10 has been too cautious to embrace the plans by putting the full weight of government resources behind them to ensure successful implementation. That should change now – and yesterday’s announcement that the cabinet should “ramp up “ preparations is frankly not enough.

If the Government fails to get its proposed Withdrawal Agreement through Parliament then, as the law stands, the U.K. will come out of the EU in March – most probably without an agreement on the terms of our divorce and what our future relationship will look like. The excitable talk of Parliament or even some members of the Cabinet stopping us leaving without a Ddeal is simply a distraction from focusing on being prepared for departure without a deal.

The right course of action now is for the Government make implementing No Deal plans the official policy, and immediately shift the full resource of government behind that policy. Indeed, the cabinet has already been told that it have passed the recommended date for doing that. Any further delay is at best irresponsible, at worst bordering on reckless.

It doesn’t matter how loud the chorus of calls become for a second referendum, Norway Plus or claims that parliament won’t allow No Deal to happen.  The reality is that in law we are set for leaving on the 29th March at 11pm. Parliament voted for it and now the Government should get ready for it. They have the tools in place; all they need is conviction.