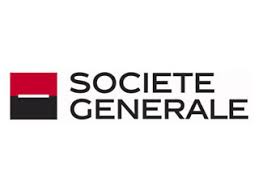 French bank Societe Generale (SOGN.PA) warned that volatile markets would hurt its fourth quarter profit, hitting its shares and other banks which have yet to report earnings.

SocGen, whose traditional strength is in stocks and equity derivatives, said it expected a drop in revenue of around 20 percent compared to last year in its global markets and investor services division.

With its fourth quarter and full-year results due on February 7, SocGen closes a year which has seen its French retail activity shrink and billions of dollars paid to settle legal disputes with the U.S. authorities.

Shares in SocGen were down by 3.7 percent in mid-session trading, among the worst performing stocks on Paris’ benchmark CAC-40 index .FCHI.

The shares of French rivals such as BNP Paribas (BNPP.PA) and Credit Agricole (CAGR.PA) also fell, as analysts said SocGen’s warning augured badly for European banks which have lagged their Wall Street peers.

Analysts said that while difficulties in bond trading could have been expected, given similar warnings this week from top U.S. banks, SocGen’s issues in equities were harder to explain.

“We would not have expected this kind of setback in equities, an area in which the U.S. banks have held up relatively well,” wrote CM-CIC Securities in a note.

On the other hand, Viola Risk Advisors had warned recent volatility was threatening the bank’s trading and hedging models.

Markets have been shaken by concerns over a slowing global economy and the lingering trade dispute between the United States and China.

“I have a preference for the U.S. banks. SocGen shows how tough things are for European banks,” said Jerome Schupp, fund manager at Geneva-based investment firm Prime Partners.

SocGen added it would book a one-off charge of 240 million euros ($273 million) as a result of some disposals carried out, such as the sale of its Serbian unit and its stake in La Banque Postale Financement.

Investors will now follow with particular scrutiny the fourth quarter reports from other large European banks which are expected over the next few weeks.

Last week, BNP Paribas, the other larger global-oriented French bank made the decision to close its proprietary trading desk, Opera. The bank also said it will close a commodity trading desk it ran in New York.

Analysts interpreted these moves as attempts to reduce exposure to market volatility.

SocGen said its 2018 dividend would be stable compared with last year’s 2.20 euros per share, and it expected the core tier one-capital ratio to be between 11.4 percent and 11.6 percent as a result of the losses on equities.