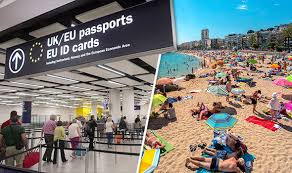 INE figures showed there has been a gradual decline in the number of British nationals living in Spain since 2012. The figures are based on town’s municipal registers, the Padron.

The decline became more rapid in 2013 and has continued since in a trend that is reflected in data for citizens from other EU countries.

The British remain the fourth-largest group of foreign nationals in Spain. Moroccans are the largest group with about 825,000, followed by Romanians with almost 600,000 and Ecuador with more than 400,000.

The amount of Venezuelan nationals increased by 22 per cent in 2018 compared the previous year, the largest rise of any foreign group.

Foreign nationals are estimated to make up between 13 and 14 per cent of Spain’s total population. They accounted for about three per cent about 20 years ago.