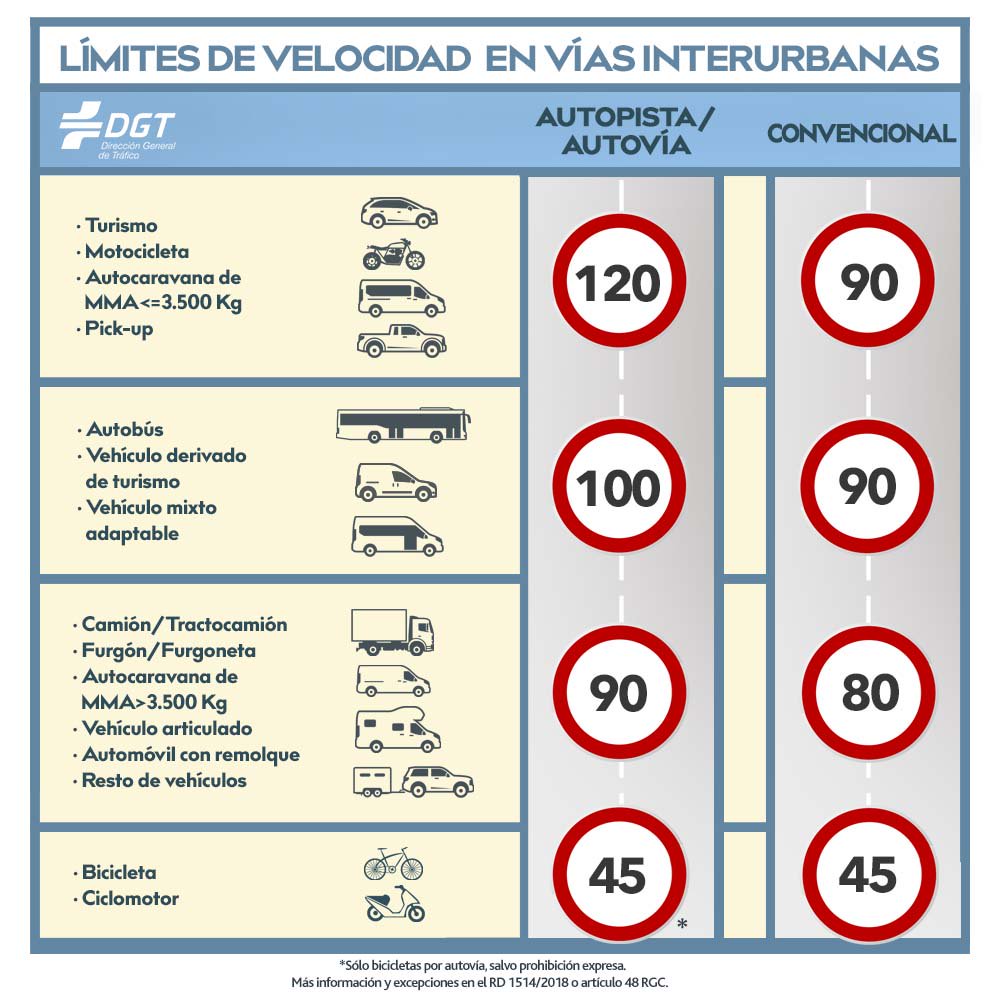 Spain will today officially lower the speed limit on secondary roads from 100kph to 90kph.

The Council of Ministers had approved the measure, which is designed to cut the death toll from road accidents, earlier this month.

At the moment 66 per cent of road fatalities occur on secondary roads, about half of which are due to cars leaving the highway usually due to excessive speed.

Spain joins other European countries that have or are in the process of lowering the speed limit on their secondary roads – in the case of France to 80kph. The Netherlands, Denmark, Ireland, Finland, Cyprus and Malta also have an 80kph limit while Sweden’s is the lowest at 70kph.

There are four countries in Europe with a higher limit – the United Kingdom, at 96kph (60 miles per hour). Germany, Austria and Romania keep the maximum at 100kph. In these three countries the limit on motorways is also higher than in Spain’s 120kph limit at 130kph.

The lowering of the speed limit on Spanish secondary roads is part of the battery of measures of the Directorate General of Traffic (DGT) for 2019. Fines for not wearing seat belts will also be tightened, and the use of other vehicles such as bicycles and scooters will be regulated.

The reduction in the maximum limit will affect around 7,000 kilometres of roads. Drivers of vans, lorries and buses that until now could reach a maximum of 90kph on these roads will have to keep to an 80kph limit.

Trafico roads department is planning to make the new limit effective by the end of this month. It is in the process of adapting existing signs using stickers, as was done when speed was temporarily reduced on motorways to 110kph in 2011.