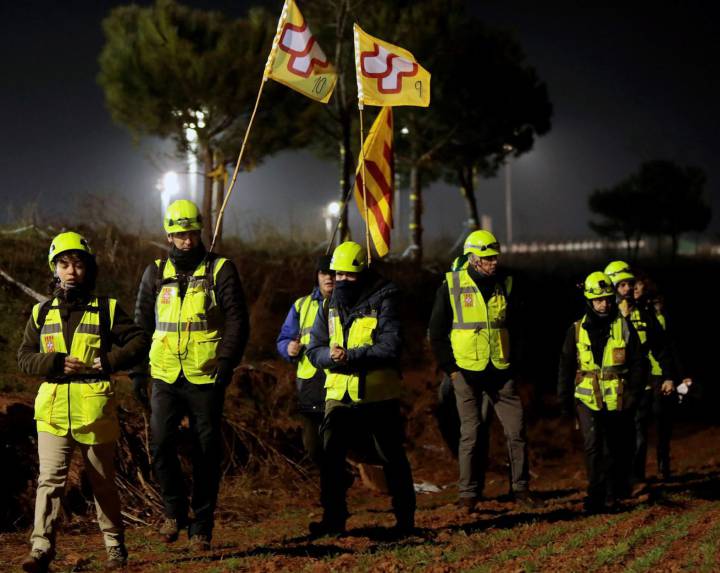 The politicians and association chiefs have been behind bars since 2017, and will now be tried in the Supreme Court for their role in the illegal referendum and pro-secession drive.

The Catalan pro-independence leaders who have been in pre-trial custody since late 2017 began their transfers today from jails in the northeastern Spanish region to Madrid, where their cases will be heard in the Supreme Court.

On Friday morning, they were all taken to the Brians II prison, where they arrived at 8am. Earlier the former Cabinet member Dolors Bassa and the ex-speaker of the regional parliament, Carme Forcadell, had also been moved to the same jail.

A Justice Department statement released on Friday explained that at 9.29am a Civil Guard vehicle began the journey from the Brians II prison to Madrid, where the men will be taken to the Madrid V prison in Soto del Real, and the women to Alcalá Meco, in the northeastern Madrid city of Alcalá de Henares. They will remain in these jails until their trials begin.

The current regional premier in Catalonia, Quim Torra, traveled to the Brains II prison at around 7am on Friday morning, to express his support for the nine defendants ahead of their trial, at which they will face a series of charges related to the illegal referendum on independence held in Catalonia on October 1, 2017, as well as the subsequent declaration of independence that was passed through parliament several weeks later.

There could still be delays to the holding of the trial, however, after defense lawyers called for the start date to be set to allow for sufficient preparation time. Court sources say that the proceedings could begin on February 12.

Dozens of supporters, convened by the ANC, have been staging a series of “companionship actions” during the prisoner transfer today. The pro-independence association had called on its sympathizers to show their support for the defendants as they were transferred from their jails to Brians II, encouraging them to stand on the roadside with yellow ribbons, signs and flags, but not to get in the way of the transfer.

Minutes before the departure of the defendants, the Mossos had to remove a person who was blocking the Civil Guard vans, but no further incidents were reported.

The ANC has organized more demonstrations across Catalonia, under the slogan: “Self-determination is a right, not a crime,” and have announced “permanent actions” outside the regional government from Monday onward.

Prosecutors are seeking a 25-year prison term for ex-deputy premier Oriol Junqueras for rebellion and misuse of public funds, and they also want the Catalan Republican Party (ERC) leader barred from holding public office for the next 25 years.

Prosecutors are also seeking 17-year jail terms for Jordi Sànchez and Jordi Cuixart, and for former speaker Carme Forcadell. Other defendants in the upcoming trial face penalties ranging from economic fines to prison terms of 16 years.

A conviction for rebellion and misuse of public funds would entail prison terms of 15 to 30 years. A sedition-and-misuse conviction ranges between 14 and 27 years, but can be significantly reduced if the money is returned.

The Supreme Court took the decision to hold the defendants in pre-trial custody given the risk that they may reoffend, as well as the flight risk. The former premier of Catalonia, Carles Puigdemont, fled Spain in the wake of the unilateral declaration of independence, and has been living in Belgium ever since. If he returns to Spain, he will be arrested. A number of his former colleagues also left the country to avoid detention and trial.

These politicians have not been included in the formal presentation of charges in the Supreme Court case. Last year, a German court ruled that Puigdemont – who was briefly arrested and held at a prison in that country to comply with a European arrest warrant – could not be extradited to Spain to be tried for rebellion. The Spanish Supreme Court judge in charge of the case refused to accept his extradition on the lesser crime of misuse of public funds