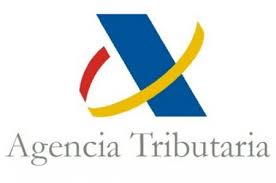 As the deadline for the UK’s withdrawal from the EU nears, a campaign is underway to inform companies about the possible need for new paperwork and tariffs

The Spanish Tax Agency has launched an information campaign ahead of a possible no-deal Brexit. Thousands of export companies have been sent letters with recommendations on how to adapt to the situation should the United Kingdom exit the European Union on March 29 without an agreement on future relations.

The two-page letter reminds companies that in such a scenario, once the UK leaves the EU trade flows between Spain and Britain will cease to be considered internal European transactions, and will be subject to customs formalities. “Brexit could have a significant effect on your organization and its logistics flows,” warns the letter.

“On March 29, the United Kingdom’s exit from the EU will become effective. If there is no exit agreement that includes a transitional period, this will mean that on March 30 the UK will leave the single market and the customs union,” says the agency in its message.

If there is a no-deal Brexit, it will entail new customs and tax obligations for companies that do business with the UK, such as providing added information about value-added tax (VAT) and special duties. The agency notes that imports from the UK will be subject to VAT, but not so exports.

A report by the Spanish export and investment agency ICEX shows that the number of Spanish companies selling goods to the UK grew by 8% between 2012 and 2017, for a total of 11,695 businesses.

This upward trend experienced a reversal in 2017, when the number of Spanish exporters to the UK fell by 0.8%.

Britain was the fifth top destination for Spanish exports in 2017, after France, Germany, Italy and Portugal, and down from fourth place in 2016. Total exports represented €18.9 billion, according to ICEX’s data.

“From the point of view of customs, the new formalities would include filing an import/export form or similar document for every shipment, as well as dealing with customs checks, payment of tariffs and other duties, and the need to obtain health and quality certificates, or other similar kinds of documents, in order to sell your goods,” explains the letter.

The director of Spain’s Tax Agency, Jesús Gascón, said last week in Congress that his department is preparing a contingency plan for Brexit that includes more staff at places such as airports in Alicante and the Balearic Islands, where there will be added passenger and item checks.

Nerea Rodríguez, the deputy director general for customs management at the Tax Agency, said that they are working with Aena, the Spanish airports operator, to set up more comprehensive controls at airports with large numbers of visitors from the UK and non-EU countries. Rodríguez said that there will also be more offices set up to help visitors from third countries claim back VAT on their purchases.